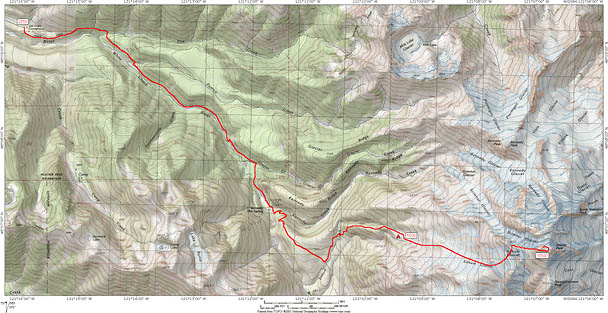 Glacier Peak is one of the stratovolcanoes in Washington state. Hidden in the Glacier Peak Wilderness it is the most isolated one, protected by a long walk-in from any direction. The Sitkum Glacier route is easy and
the most popular route up the peak.

We met at 8am Sunday morning at the end of the White Chuck River road. Well, Dustin, Kira, and I where about 30 min late as we got lost in the maze of backcountry forest roads. The hike to Boulder Basin is about 10 miles. The first 5-6 miles to Kennedy Hot Springs is a well-maintained hiking trail that goes trough shady forest. After crossing the Pacific Crest Trail the trail steepens a bit and reaches Boulder Basin where campsites are located in an alpine meadow with many wild flowers, water falls, hungry marmots, and even more hungry bugs. As this was a Sunday night we had the whole Basin to ourselves; this was fortunate, since we had met several parties (including a Mountaineers party of 12) on the trail that were hiking out. We pitched tents, ate, and went to sleep. With this place being so remote, the stars were amazing...

The next morning we got up at 3.30am and were on our way by 4am. In the dark we wrongly picked the left moraine at first. This necessitated an unplanned traverse first under a large wall with lose rock and then over a steep snowfield. When we had found the right trail we made our way up to the Sitkum Glacier to rope up. The Glacier was melted out quite a bit and we encountered a number of crevasses, both visible and hidden ones. Since it had gotten pretty late in the morning the snow was fairly soft and we never used crampons. When we reached Sitkum Ridge we unroped and climbed up the last section on lose pumice. We summited at noon and had the whole summit to ourselves. The view was clear and the panorama great. Rainier, the Brothers, Mount Constance, Baker, Monte Christo, Eldorado, Dome, ... and the big fire plume in the east. After signing the summit register, taking photos, and eating summit treats we went for the uneventful descent.

The next morning we hiked out on a leisurely pace (some of us also had a soak in the hot springs) and eat some very tasty food at a Mexican restaurant in Arlington.

This was a Basic Climb by the Seattle Mountaineers with a party of six (Kira, Dustin, Jerry, Jeff, Dan) led by Priscilla Moore. 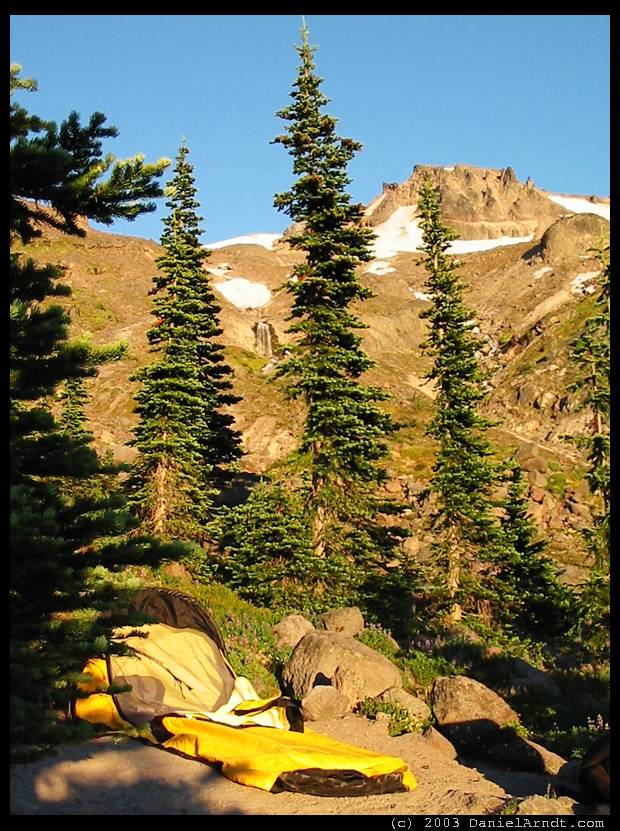 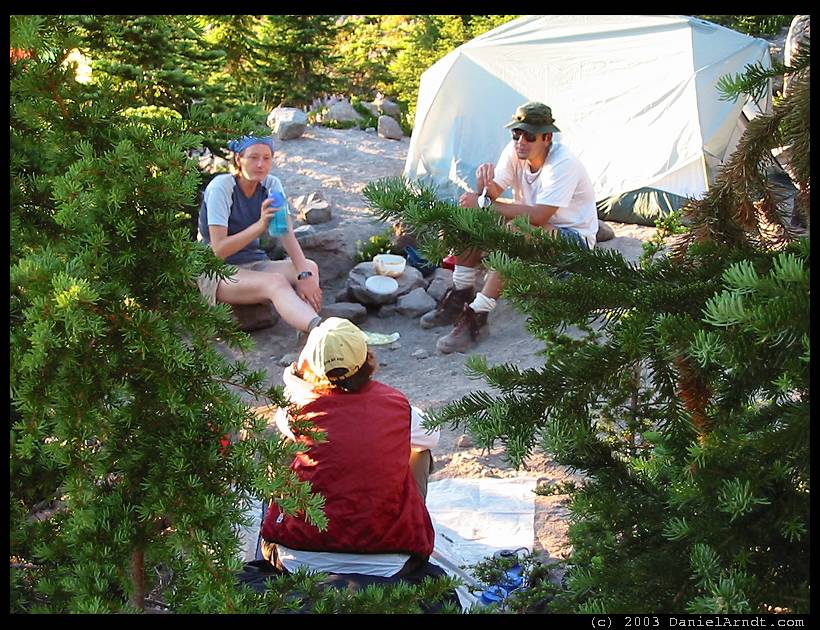 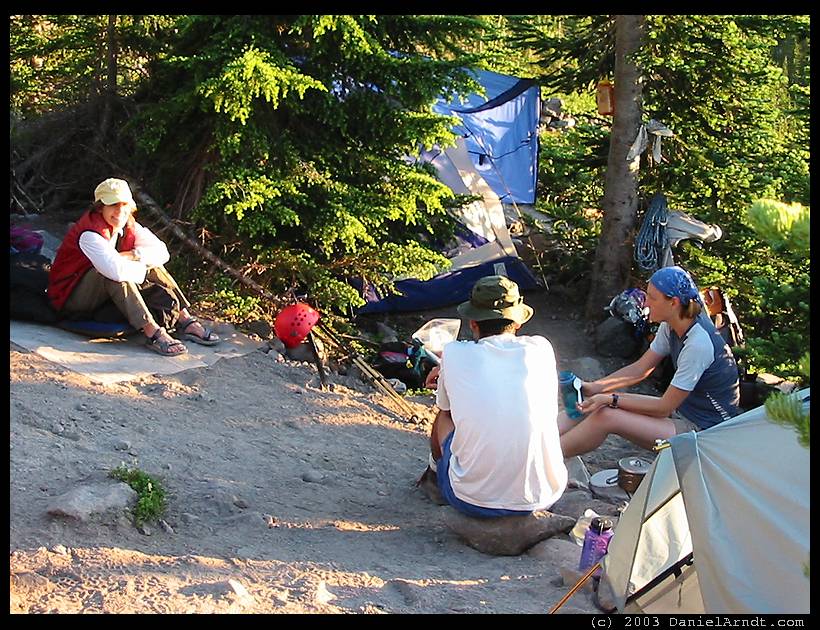 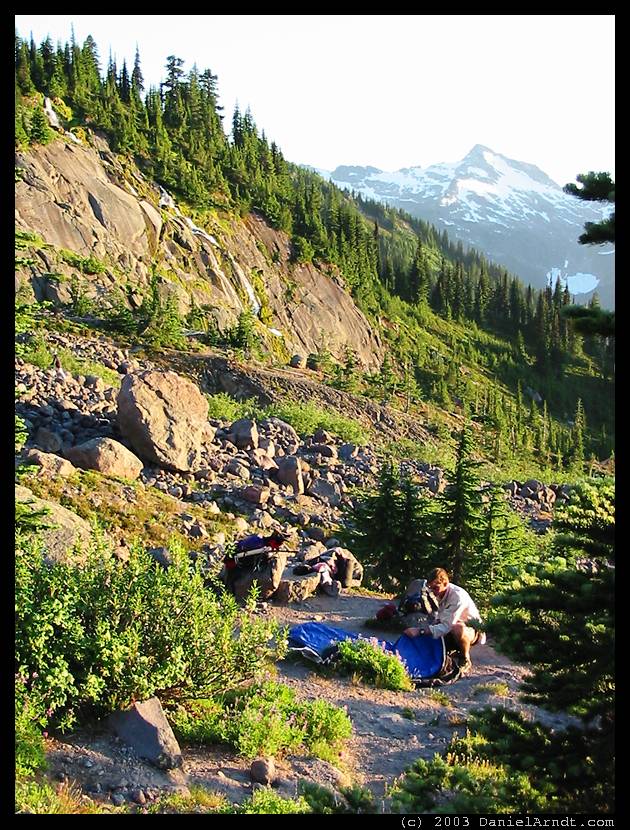 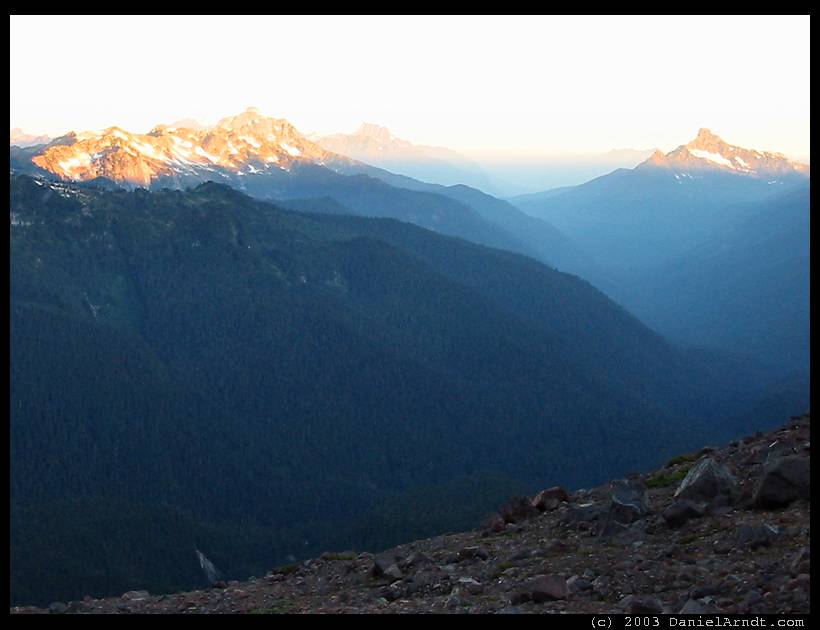 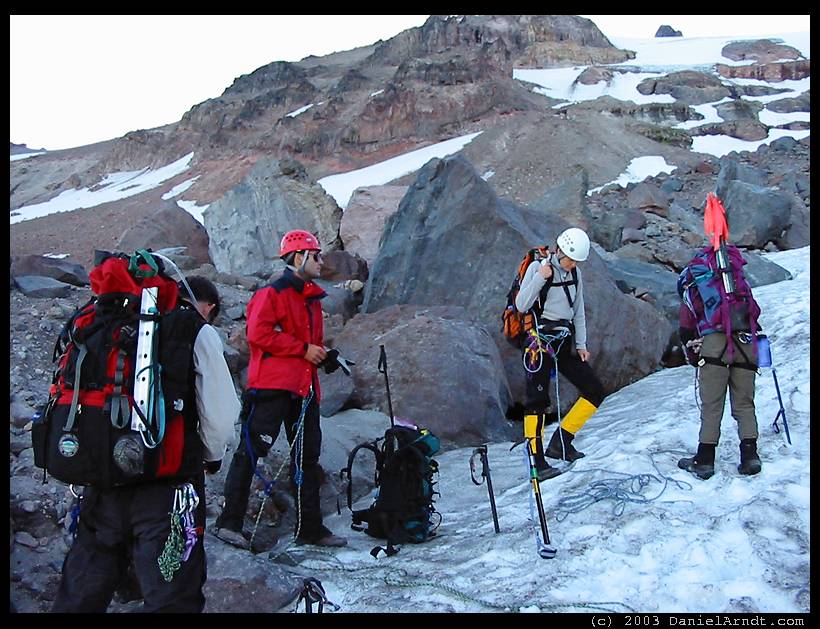 Glacier Peak climb: roping up at the Sitkum Glacier 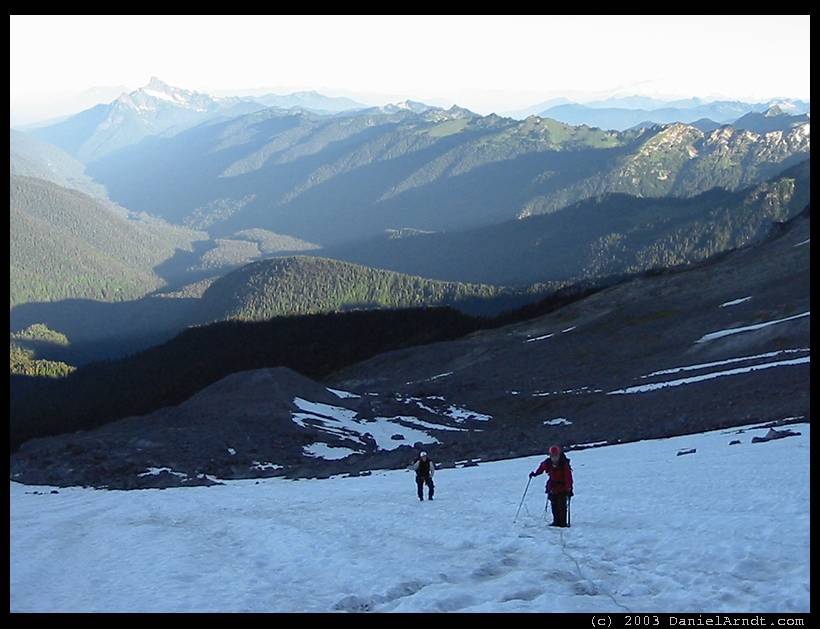 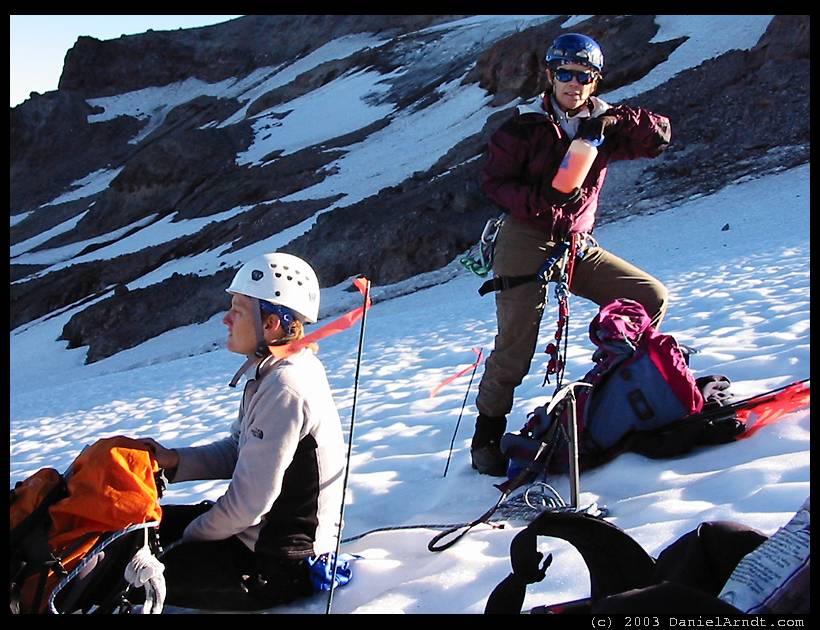 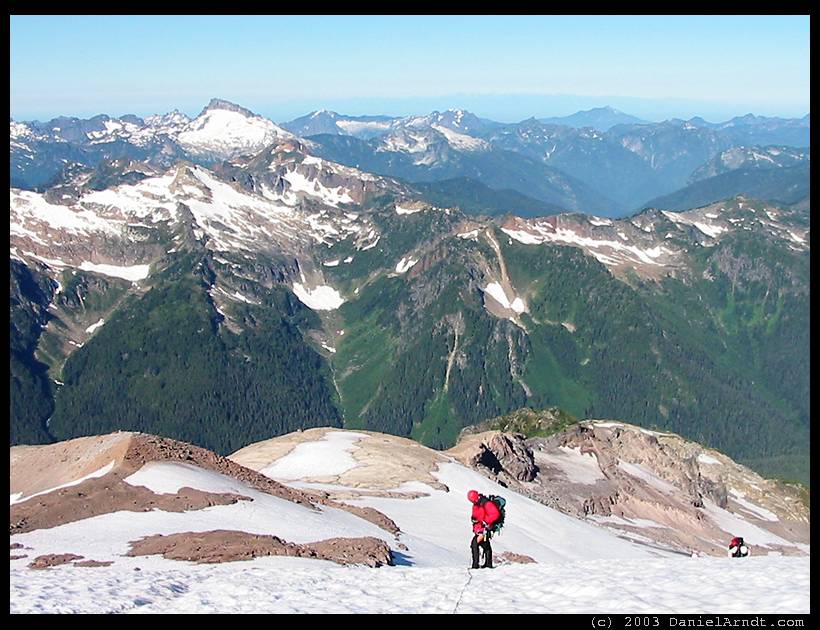 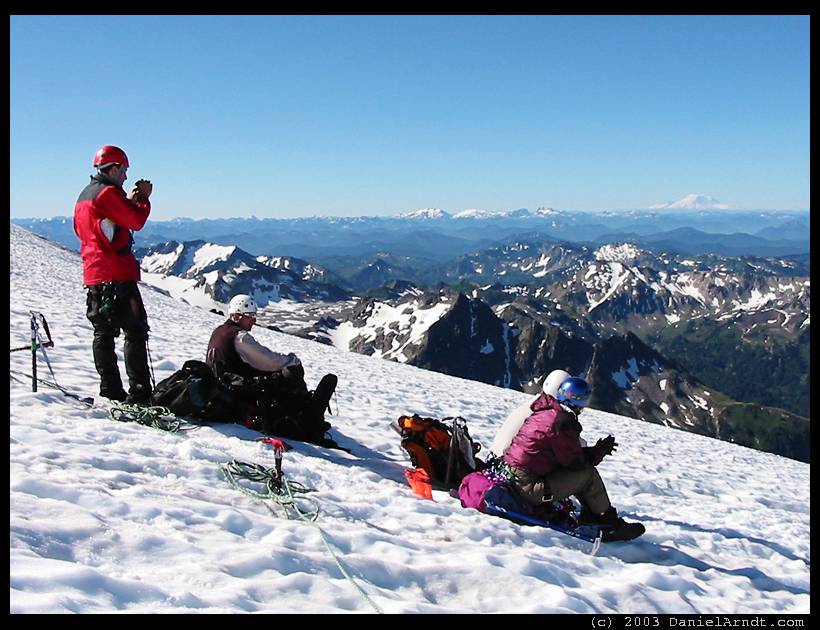 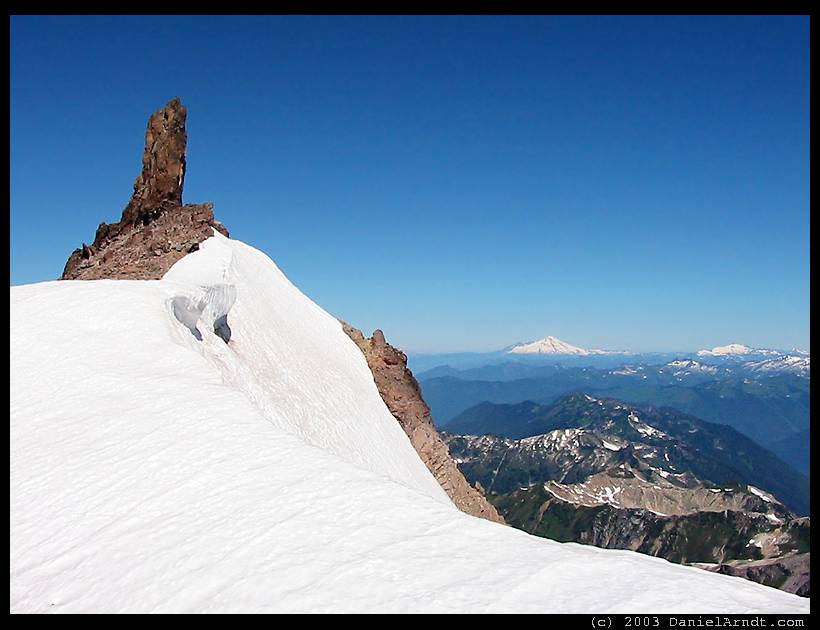 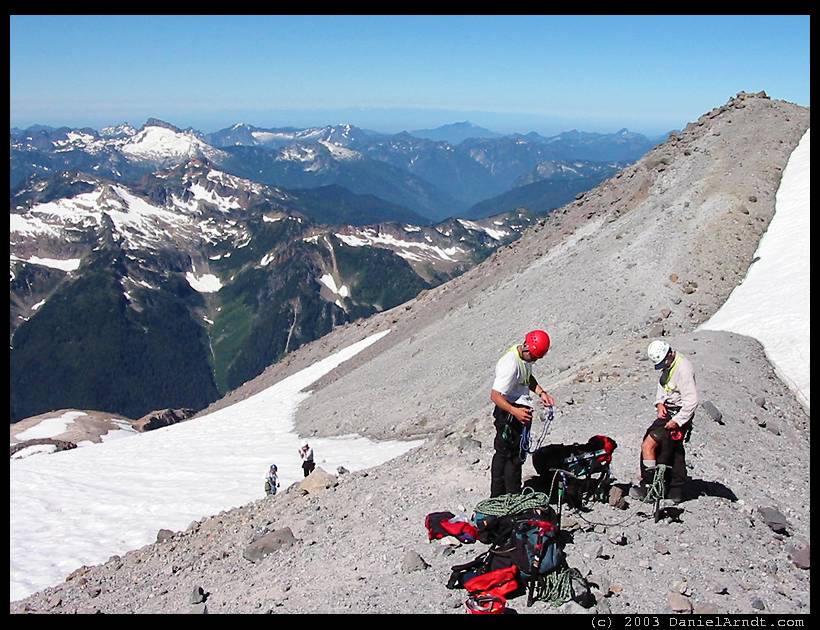 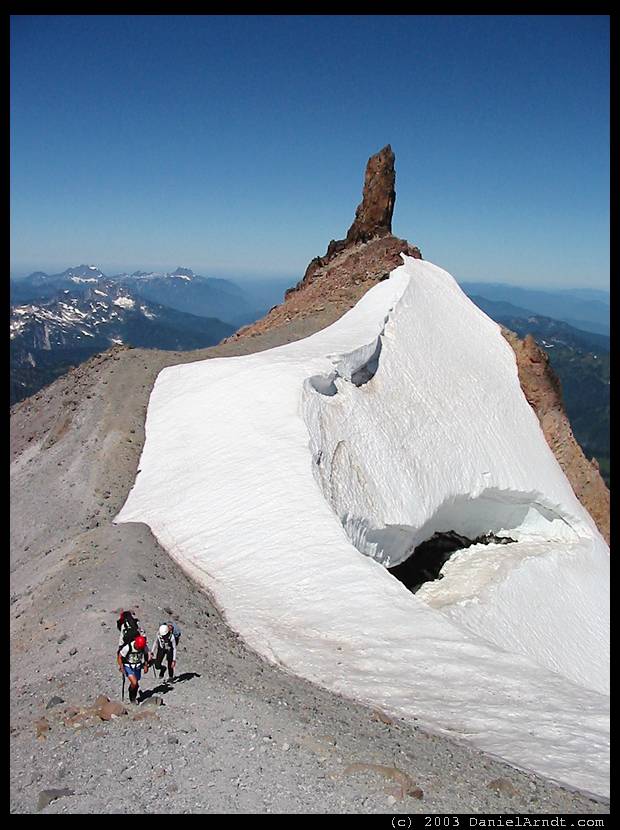 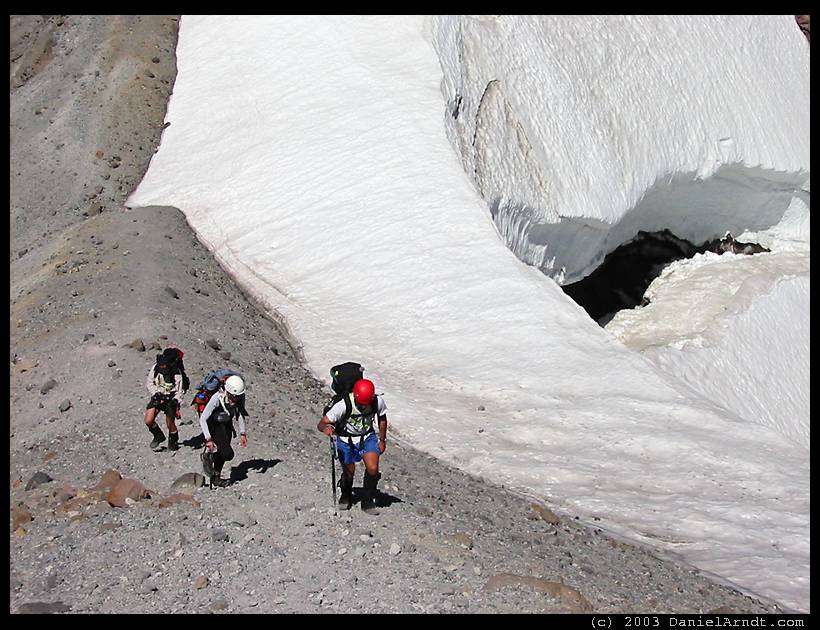 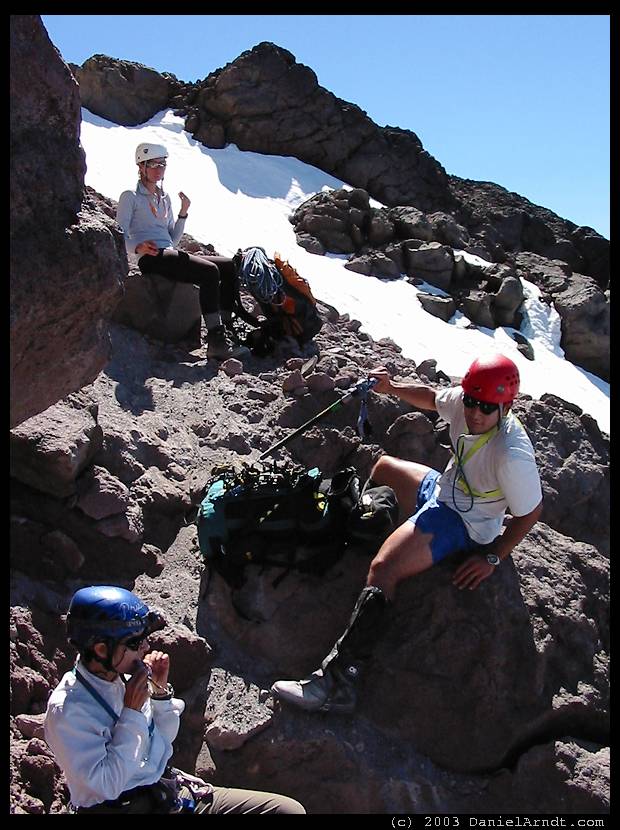 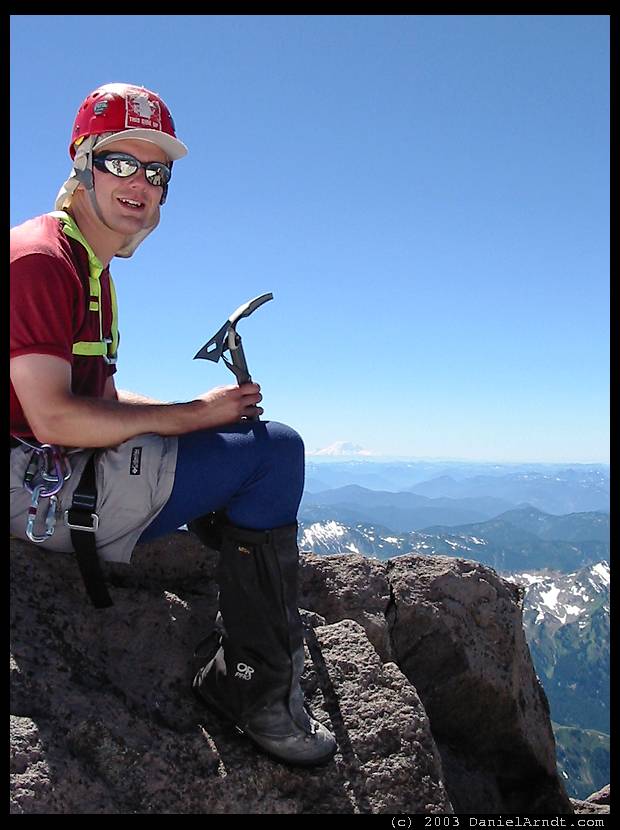 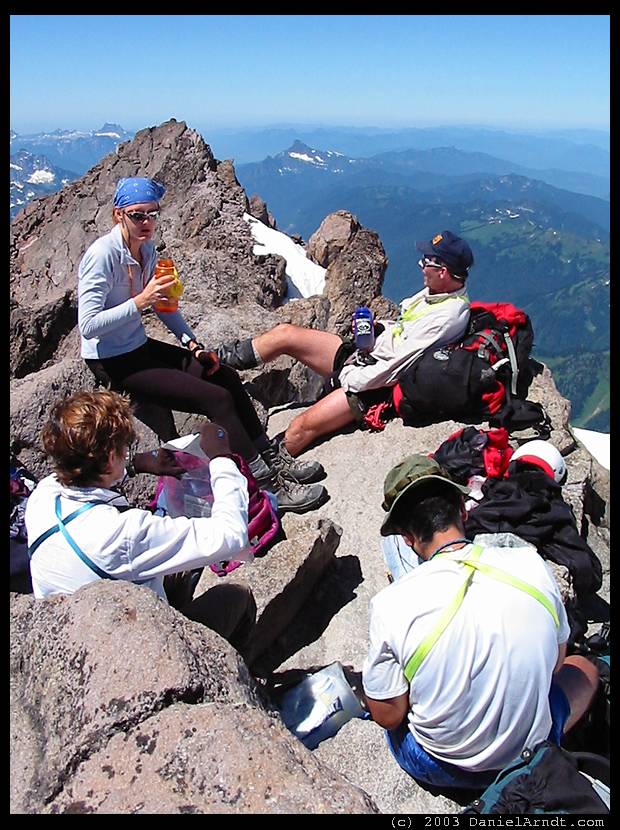 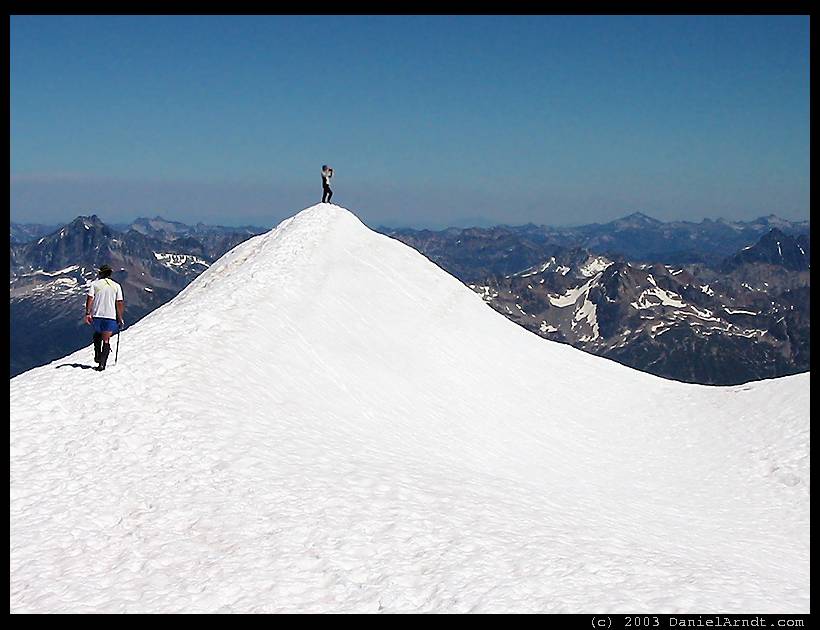 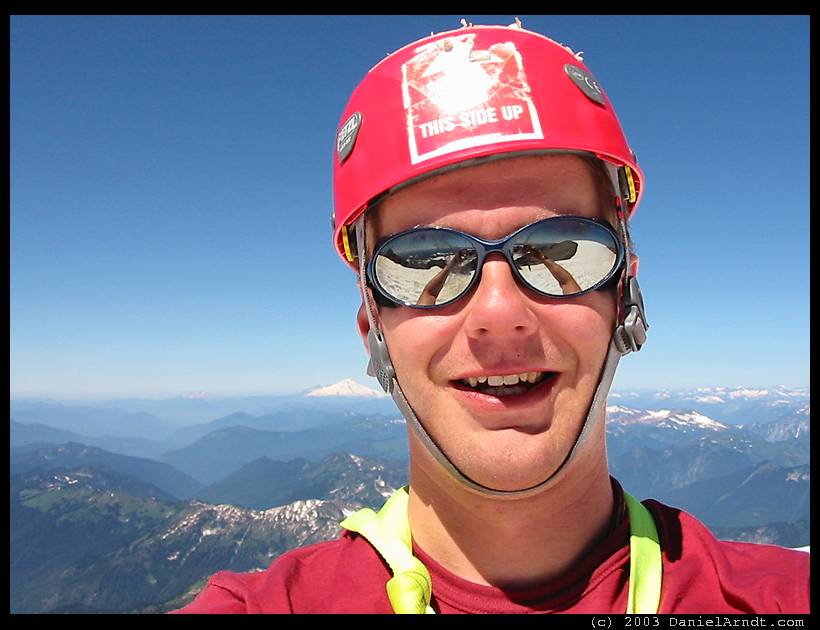 Glacier Peak climb: Eldorado, Forbidden, Sahale, and the peaks of the Ptarmigan Traverse from Cascade Pass to Dome Peak 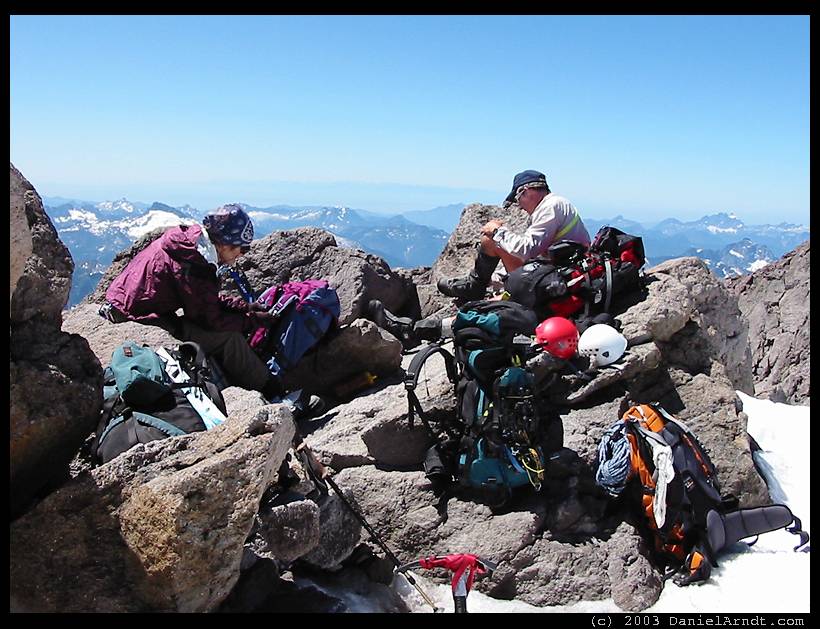 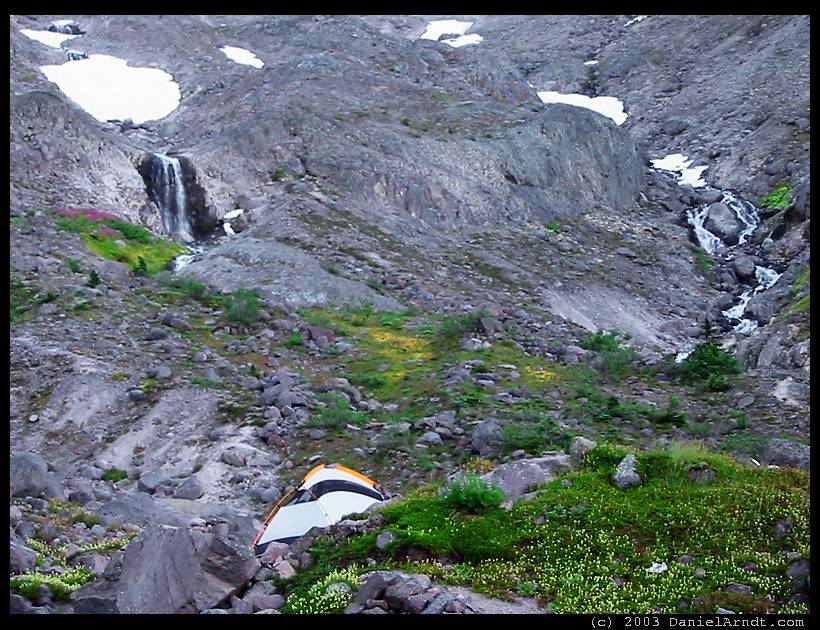 Glacier Peak climb: back down in Boulder Basin