with the Seattle Mountaineers 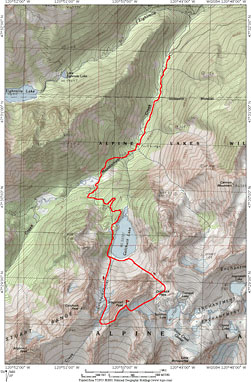 Some of us car camped at the Stuart lake trail head, others had left Seattle 2.30am... In an effort to give back to the town of Leavenworth our party got awarded 3 (three) traffic tickets (2 for speeding, 1 for seatbelt) which amounted to nearly $300 in fines. Anyway, at least those that missed out this time left the trailhead 6.30am in good spirit.

The trail to Colchuck lake is nearly snow free by now. We passed the lake (no crossing attempt this time) around the west shore and were on our way climbing up the couloir between Colchuck and Dragontail by 10am. The weather was gorgeous. No clouds above us although there was quite some cloud cover in the west. The snow conditions were great for using crampons. While ascending the couloir a few rocks came raining down from Dragontail, just as described in the guide books. Luckily, nobody was hit. At the top of the couloir we traversed left to enter another couloir that leads to the ridge near Pandora's Box. This one was pretty icy and pretty steep. Crampons were definitely necessary here and it was too steep for roping up. A fall here would have been unpleasant... At the ridge there was a pretty big cornice. We set up a fixed line to protect the step over the cornice and the short but exposed class-4 scramble to reach the rock. This procedure was quite exciting but everybody made it safely. From there it was another 20min of scrambling along the ridge to the summit which we reached by 3pm. After enjoying the views and having a late lunch we hiked/glissaded down to Aasgard Pass. From the pass we carefully plunge stepped down the upper part until we reached snow that was soft enough to enable a safe and long glissade all the way down to Colchuck Lake. After an uneventful hike out we reached the trail head at 7.30pm, 13 hours after we had started in the morning.

This is a great climb with awesome views over the Stuart range. The climb, although quite demanding, is technically easy, the only difficulty was crossing the cornice, which should be much less of a problem in a couple weeks.

This was a Basic Climb by the Seattle Mountaineers with a party of eight led by Kirk Alm. 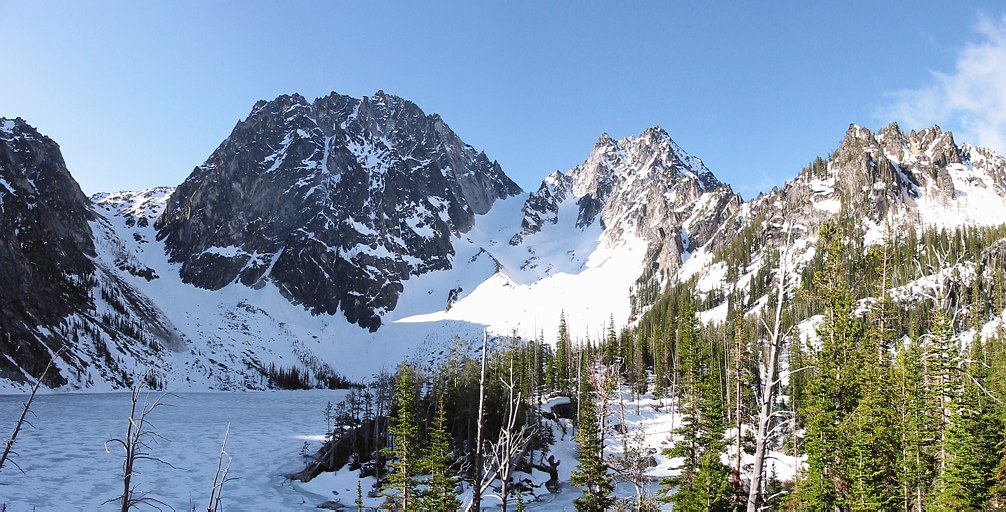 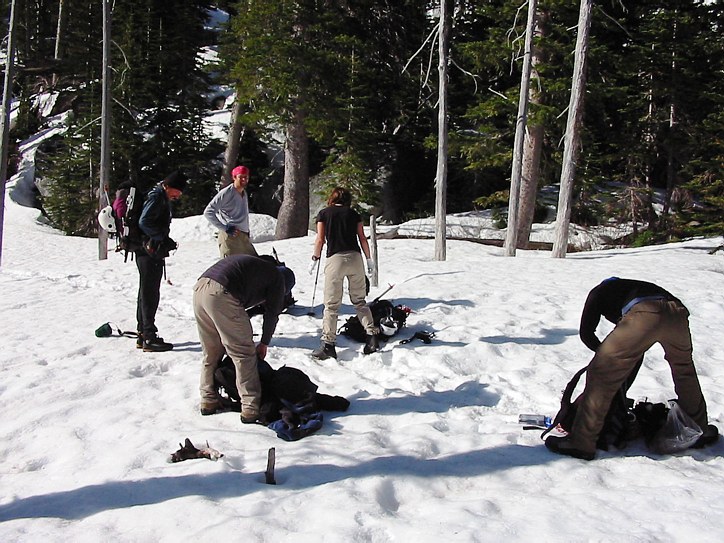 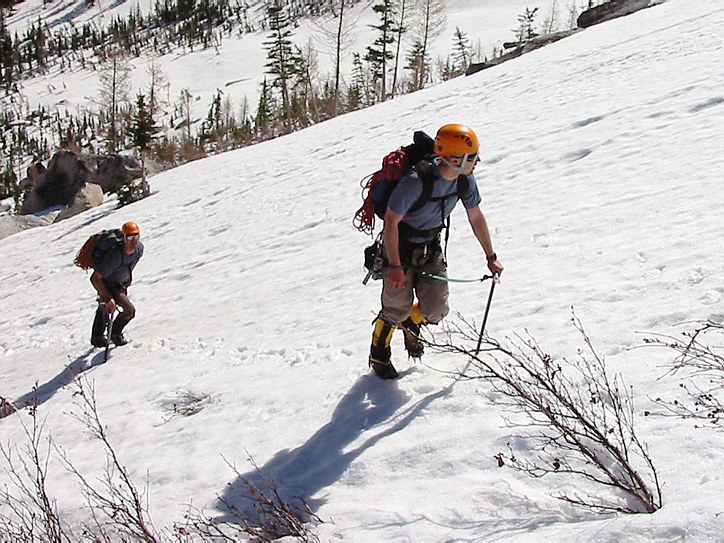 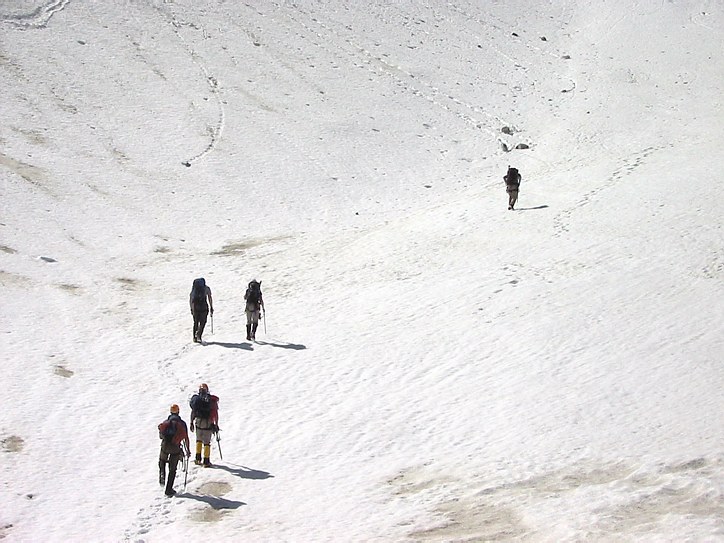 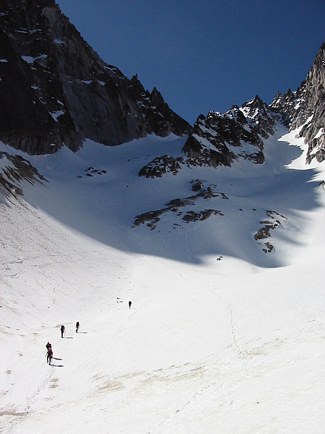 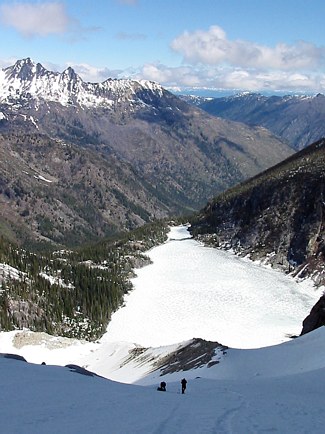 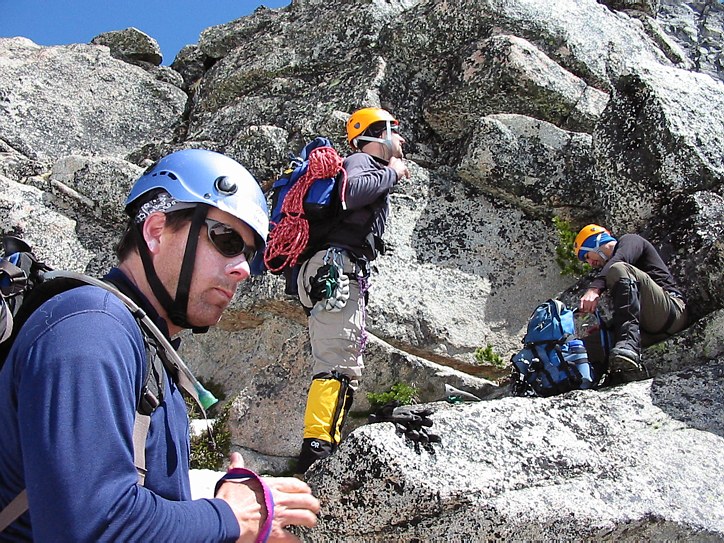 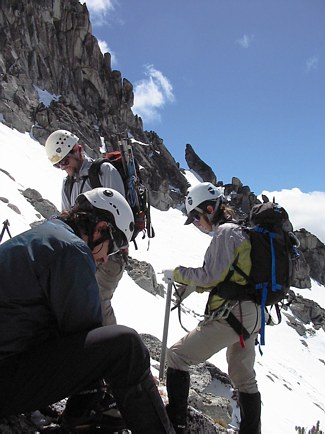 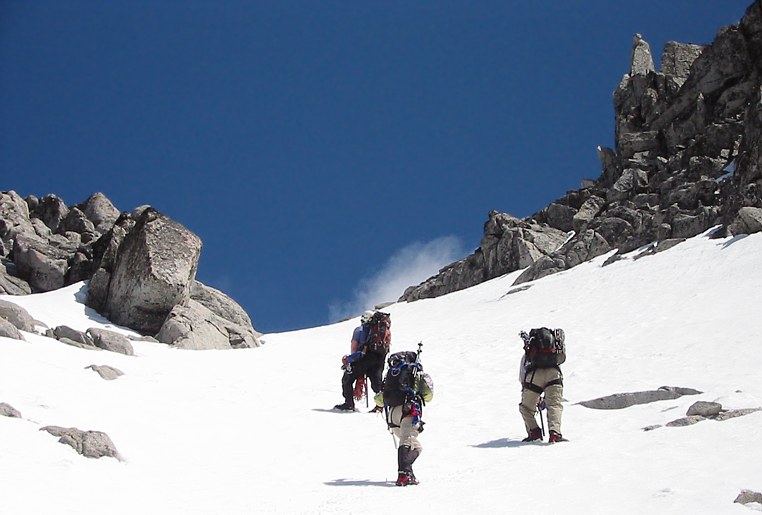 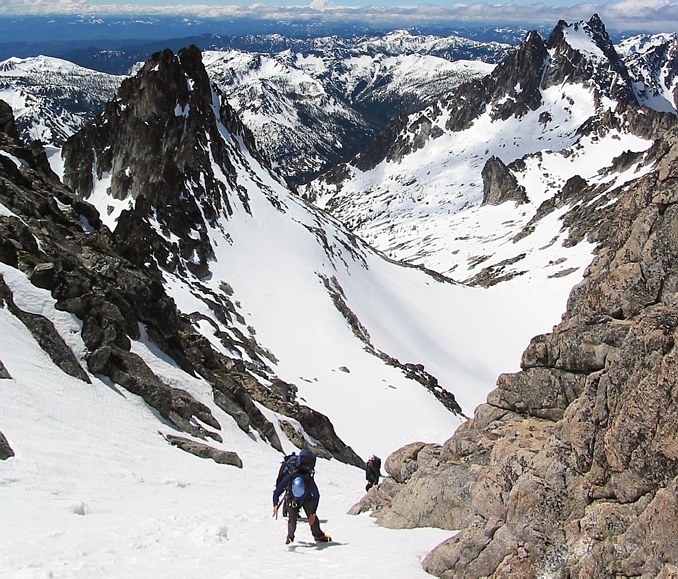 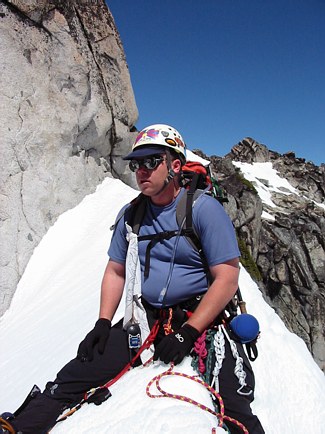 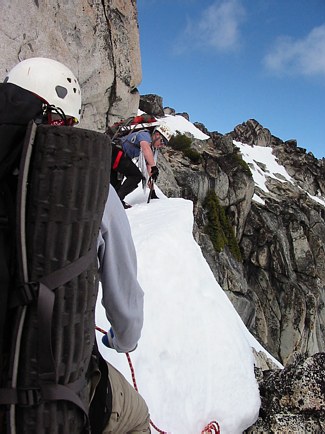 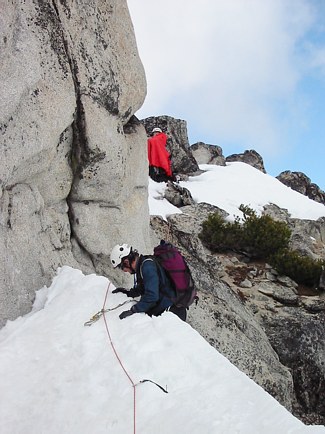 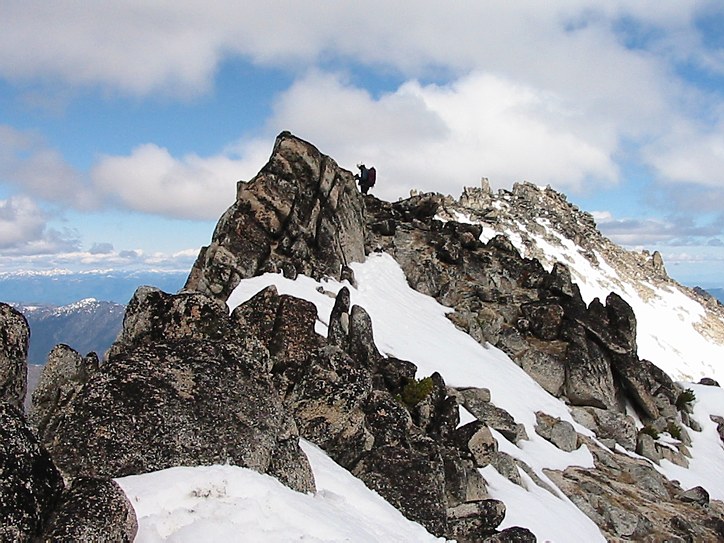 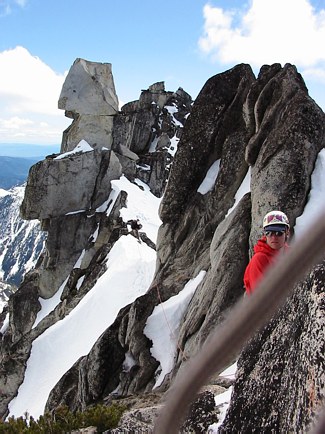 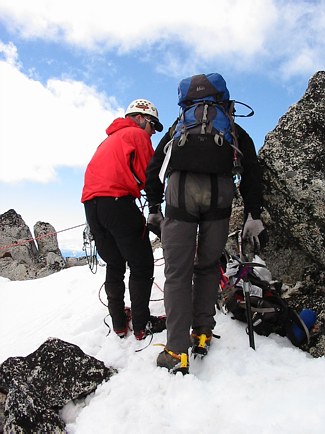 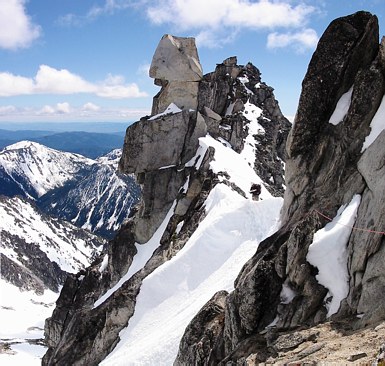 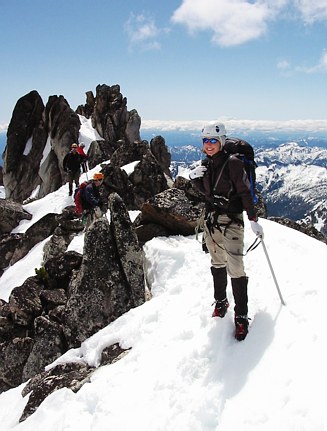 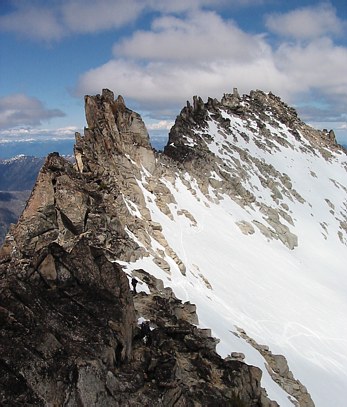 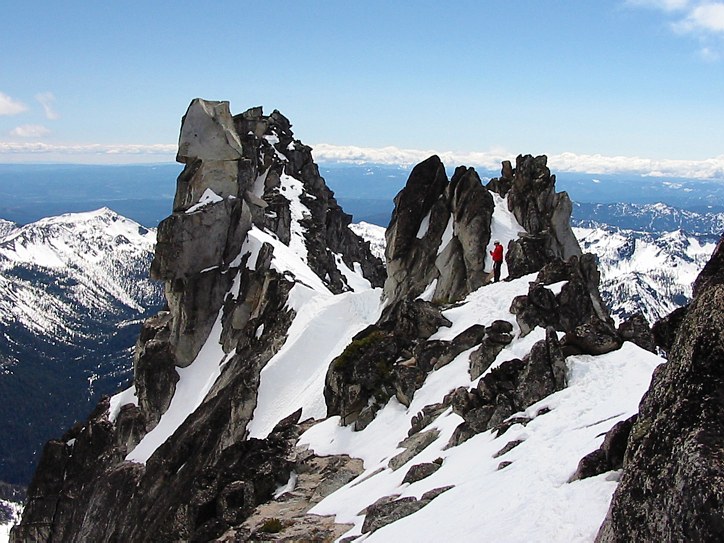 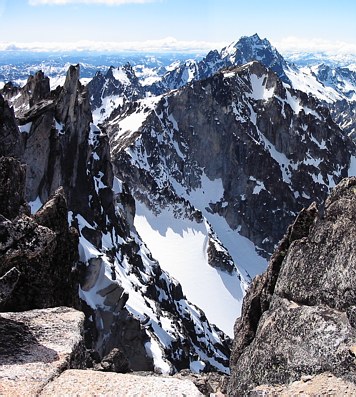 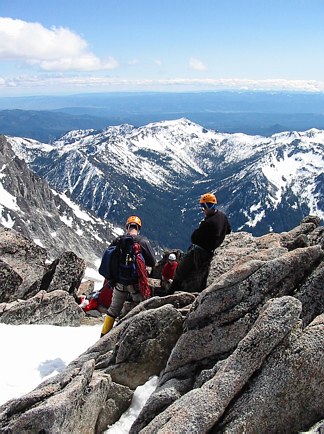 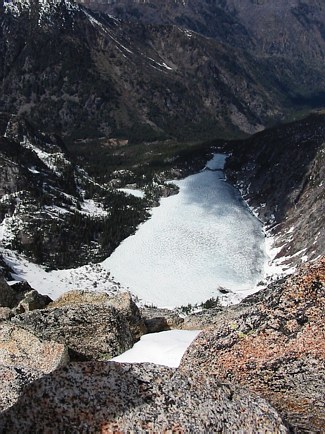 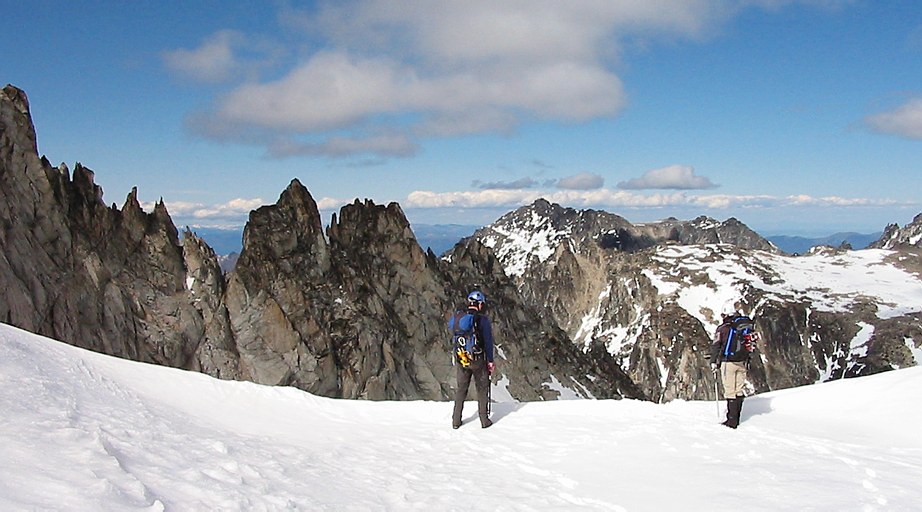 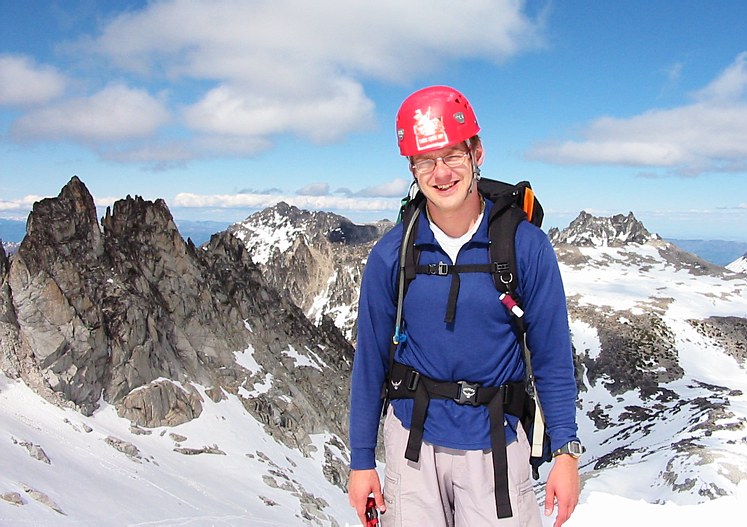