Yesterday I climbed the Beckey route up Liberty Bell with a small Mountaineers party of four. Since this was a weekday we thought that we would get away with showing up late in the day without encountering too many people. And indeed, we only met two parties of two during the whole day.

We left Seattle at 5.30am and arrived at the Blue Lake trailhead at Washington Pass around 8.30am. The weather was great, the mosquitos weren't. Unfortunately, I had forgotten my half-gallon bottle of bug repellent and became a victim which was unpleasant. We hiked up to the notch between Liberty Bell and Concord Tower (everything is melted out by now). Roped up and started on the route at 11:30am. Pleasant climbing, 4 pitches, the second and third pitches are 5.6, the other two are easier. Made the summit two hours later, took our time to eat and enjoy the views, rappelled, and began the descend down the gully. There is a reason why the gully is sometimes called the "bowling alley": It's practically impossible to not kick down rocks. At some point, I inadvertently launched a toaster-sized rock that nearly hit two party members. I don't even want to imagine what it is like on a sunny weekend when the place turns in what Beckey calls in his book a "social mecca"... Anyway, nobody got hurt and we arrived at the car at 5:30am after a day of great climbing with a group of great people.

This was an Intermediate Climb by the Seattle Mountaineers with a party of four led by Alex Perdian.

Also check out photos from a climb of Kangaroo Temple and South Early Winter Spire that are in the vicinity. 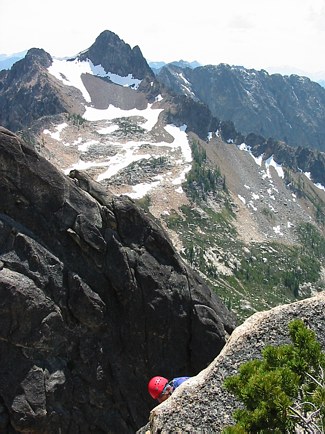 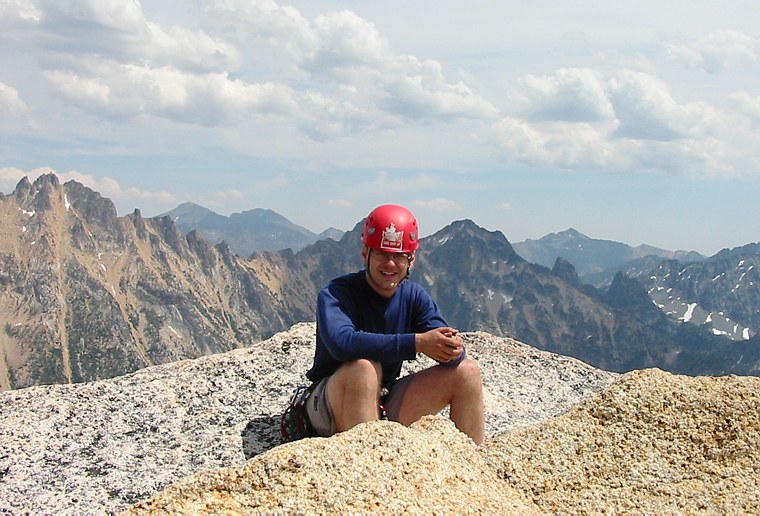 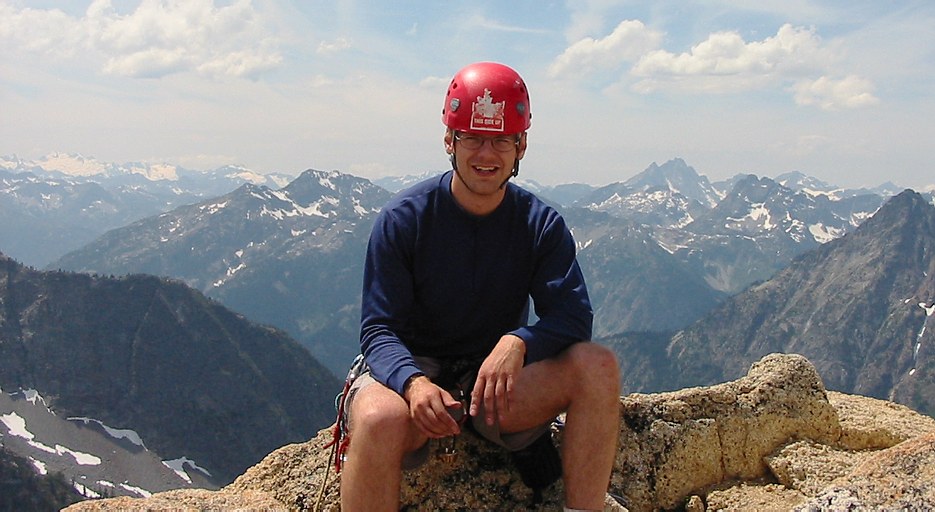 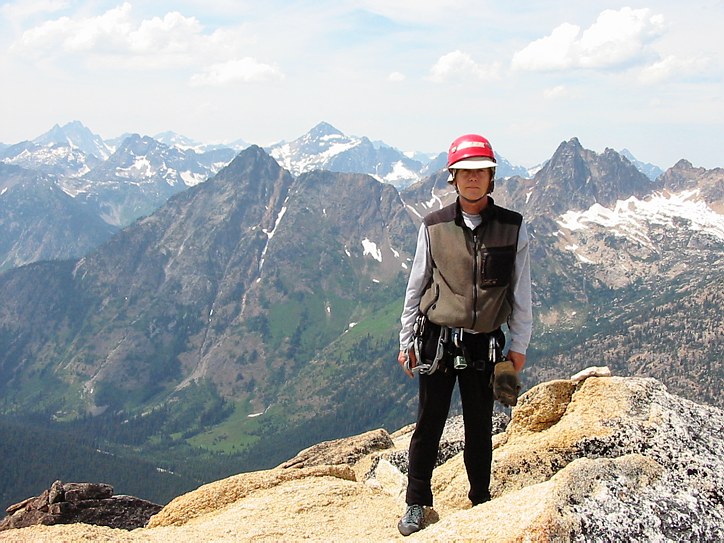 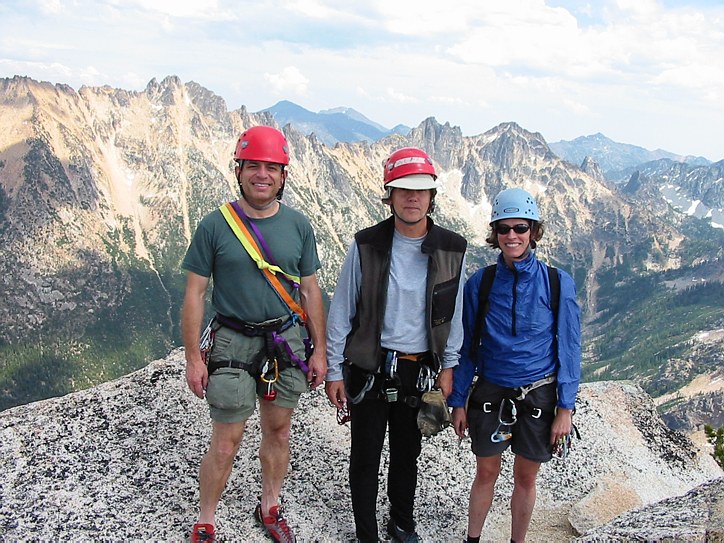 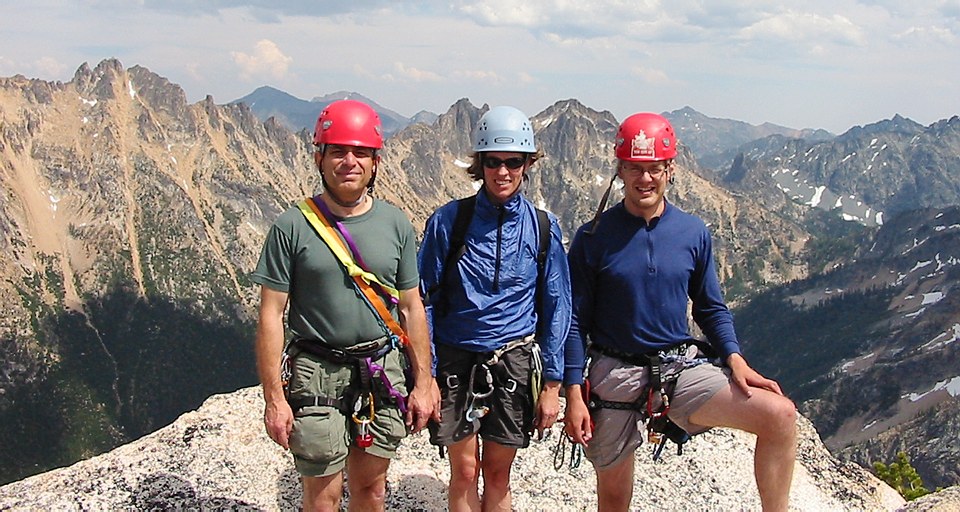 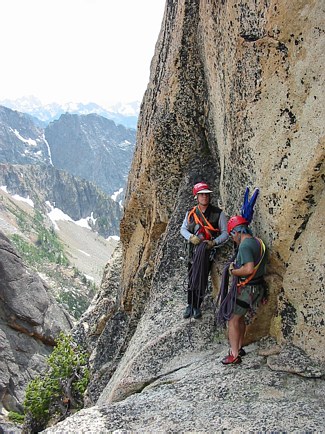 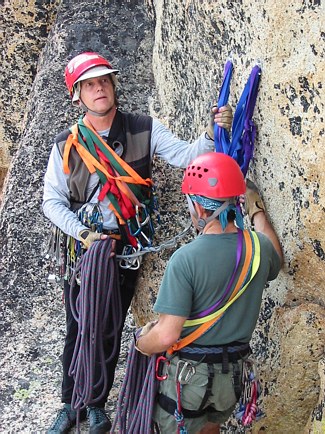