From Munich to the Mönchsjochhütte 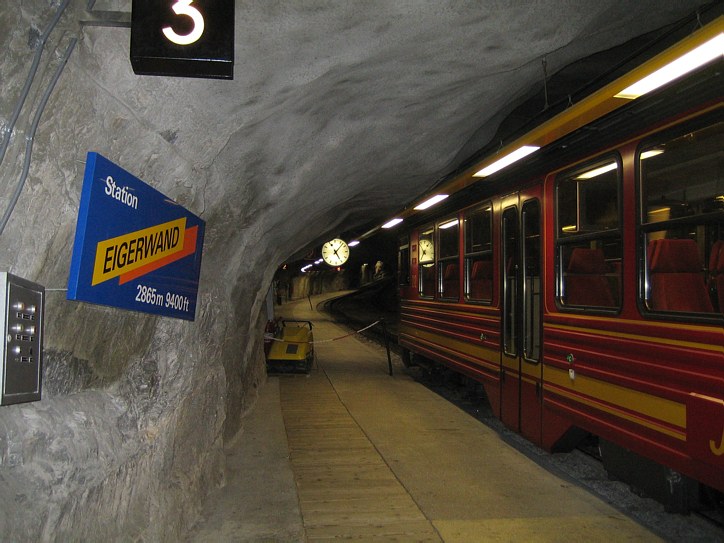 We left Munich at 8.30am to drive to Grindelwald, Switzerland. After about 7 hours of driving we finally arrived, parked the car, gathered our gear, and took the 5pm train of the Jungfraujochbahn up toward the Jungfraujoch (3454 m). The ride takes about 90 min. For the round trip we had to hand over about 100 Euros per person which is not just expensive but insane. At the Kleine Scheidegg (2061 m) we had to change trains. The weather wasn't great, it was cloudy and the mountains where not visible. Most of the way from the Kleine Scheidegg to the Jungfraujoch goes trough a tunnel that winds through the Eiger. At the Eigerjoch station the train stops and one can get a peek out of a little tunnel that was used to get rid of excavation material when the tunnel was built.

After arriving at the Jungfraujoch we took off for the short walk to the Mönchsjochhütte. The trail traverses under the south face of the Mönch, is well marked (by a snow cat, actually) and after 45 minutes we arrived at the hut, had a tasty dinner, watched the weather forecast on TV, and went to bed. 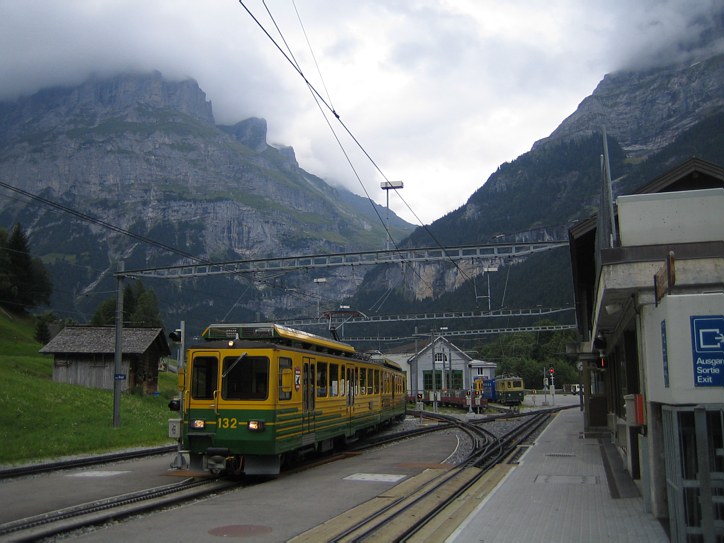 Jungfrau: Grindelwald, station of the Jungfraujochbahn 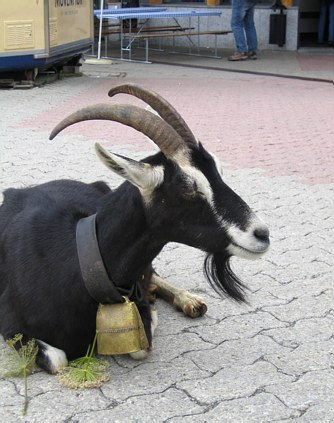 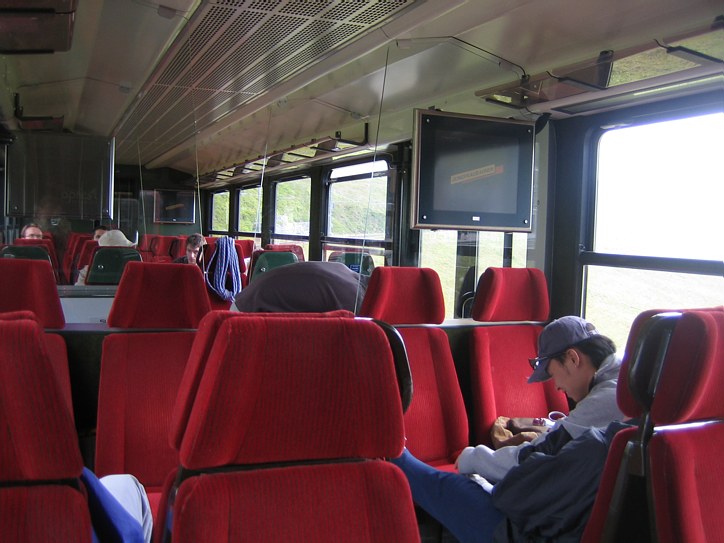 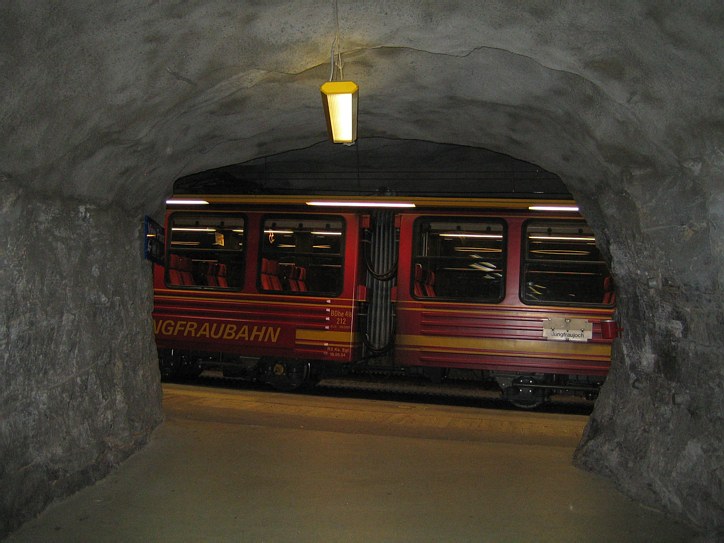 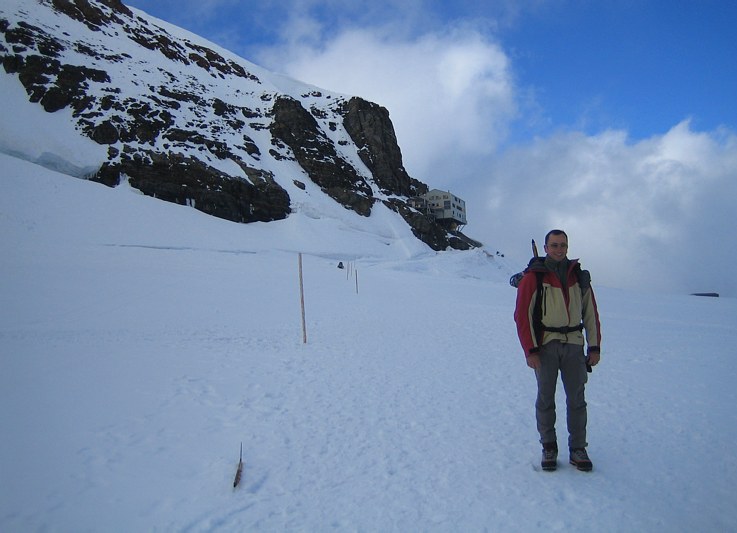 Jungfrau: between the Jungfraujoch and the M&#246;nchsjochh&#252;tte 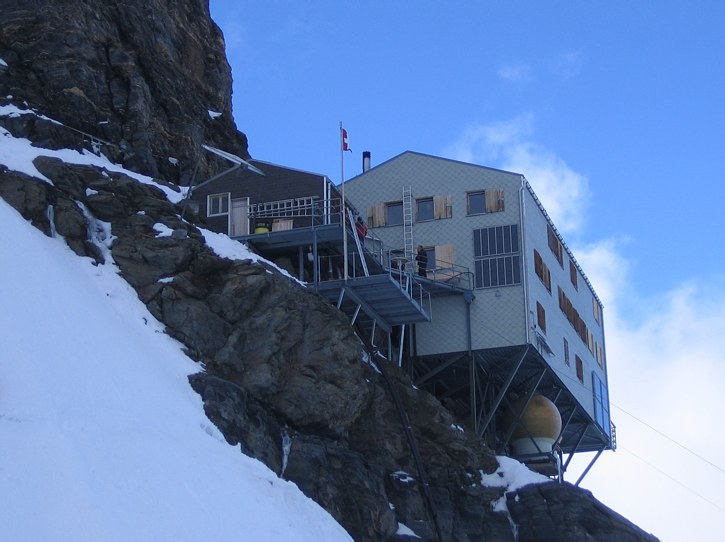 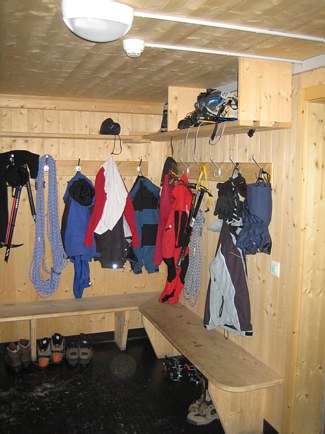 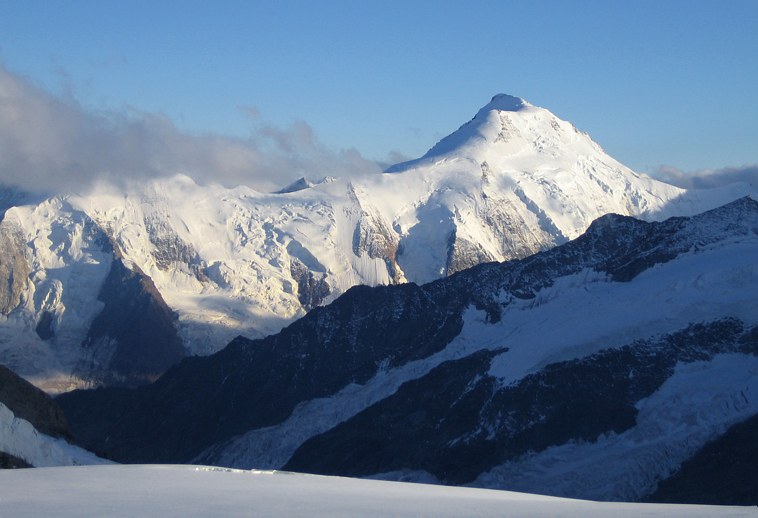 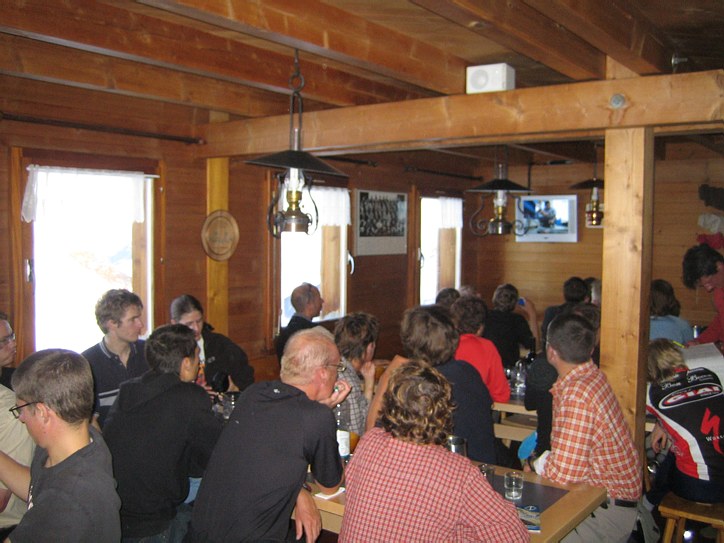 Jungfrau: dinner at the M&#246;nchsjochh&#252;tte with the weather report on TV 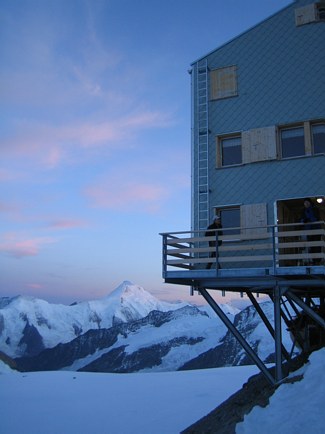 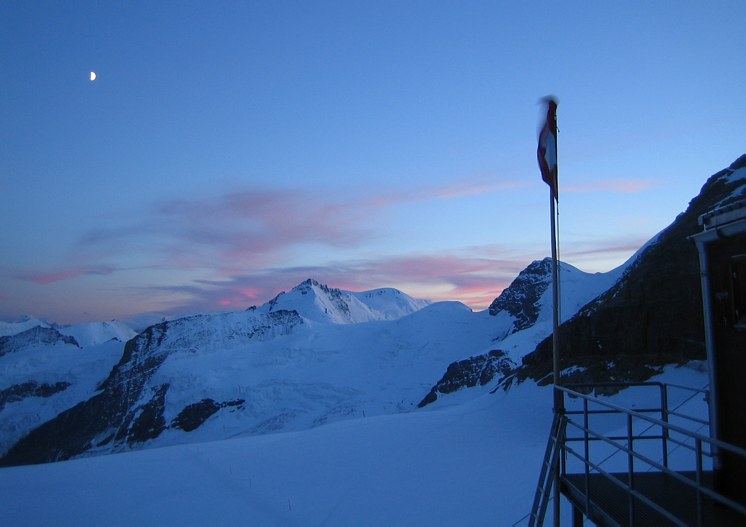