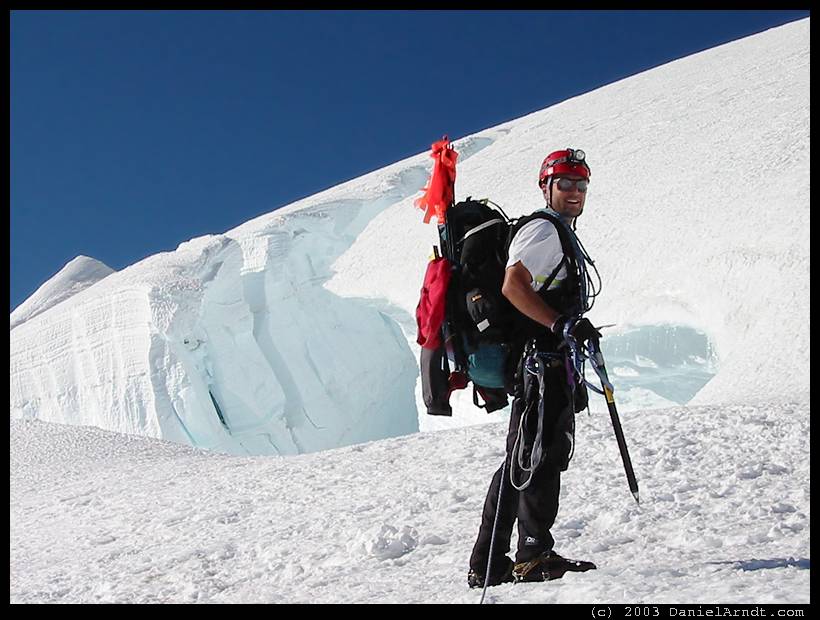 Mount Rainier (4392 m/14411 ft) is the largest of the five stratovolcanoes and the highest peak in Washington State.
The Emmons Glacier on its east side is the largest glacier on Mount Rainier featuring the second most popular route up the peak.
Dustin and I climbed this route in two days during a stretch of beautiful, sunny weather.

Originally we were supposed to be three people but ended up as two in the last minute. We left Seattle around 10am Saturday morning and made it to Mount Rainier NP in about 2 hours. Due to some delay (a fallen tree had blocked the road and gotten the rangers all excited) in getting the permits (a hefty $30 for each) we didn't start hiking from White River Campground until 2.30pm. The Glacier Basin trail is very pleasant and goes trough some old growth forest. From Glacier Basin we ascended the Inter Glacier, passed Camp Curtis, and dropped onto the Emmons Glacier to get to Camp Schurman by 8.30pm. 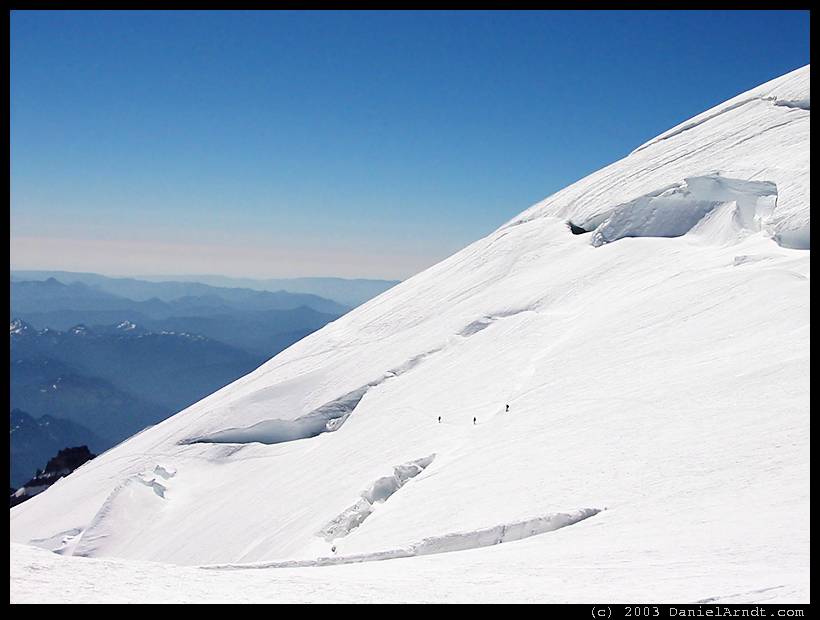 Since we both hadn't been above 11000 ft before we didn't know how we would react to altitude and therefore had originally planned to take it easy, stay in Camp on Sunday in order to acclimatize and climb to the summit Monday morning. The weather, however, was excellent with blues skies and only light winds. And apparently everybody else in camp got ready to go for the summit that night. After setting up the tent and melting snow we decided to get up at 3am to go for a "little hike" to maybe 11.000 ft or so.

Well, we got up at 3am and were on our way on the Emmons Glacier at 4.30am. Other parties had left for the summit much earlier, some at 11.30pm, most others at around 1am. The party in front of us was about 90 min ahead. Since we were so late it was already fairly bright and we didn't need to use our headlamps at all. Being just a 2 person rope team we moved up the "Corridor" quickly, gaining about 1000 ft per hour for the first 2 hours. Since we both felt pretty good there was no reason to return to camp and not go for the summit. When we came close to the bergschrund we ventured to the right, following a traversing trail with huge crevasses close by. Some people passed the bergschrund without traversing but apparently the snow bridge wasn't very stable. Therefore we continued traversing all the way to the saddle between the summit and Liberty Cap where we could pass it easily. Here, Dustin started to have some altitude related problems but since we were so close there was not much thought of turning around now. When we finally arrived on the crater rim at noon we had the whole summit to ourselves! The problem was that we had nearly run out of water. Luckily I had taken my stove along and we started melting snow. Since Dustin didn't feel too well we decided, however, that it was better to descend quickly and aborted the melting process. 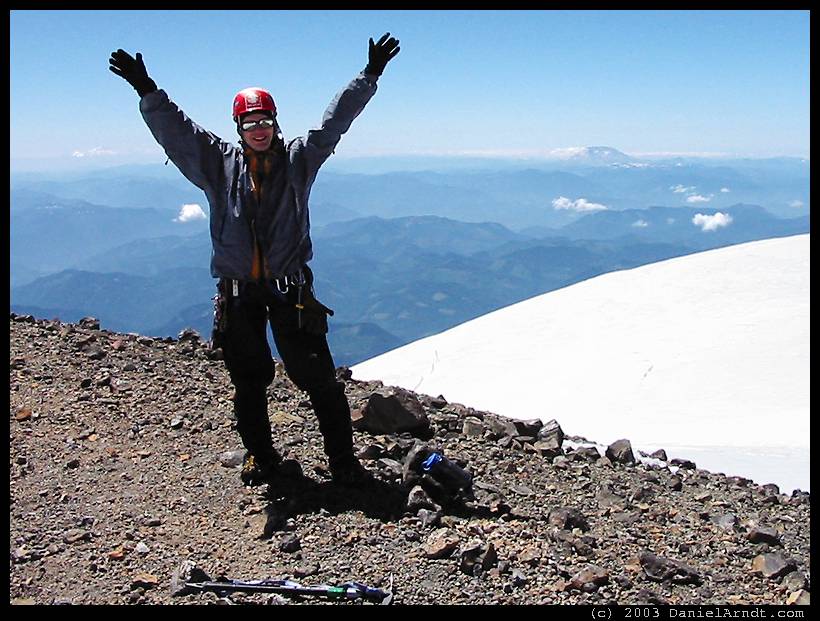 We started down climbing at 12.45pm. The descend was slow and uneventful, except the traverse back that was a bit exciting again. (We had chosen to use a lower traverse for variation.) We again run out of water but made it down to camp by 5.30pm. Since we had scheduled the trip for three days we spent the night in camp and hiked out the following morning.

This was a very pleasant and fairly easy glacier climb on a big mountain. Lesson learned: Take enough water along! The 2.5 liters each that we had taken was not sufficient at all. Some people had taken as much as 4.5 liters and had run dry anyway.

This was a private climb with a party of two consisting of Dustin Shigeno and myself.

Update: Check out another climb of Mount Rainier via the Kautz Glacier route on the other side of the mountain I did in the following year. 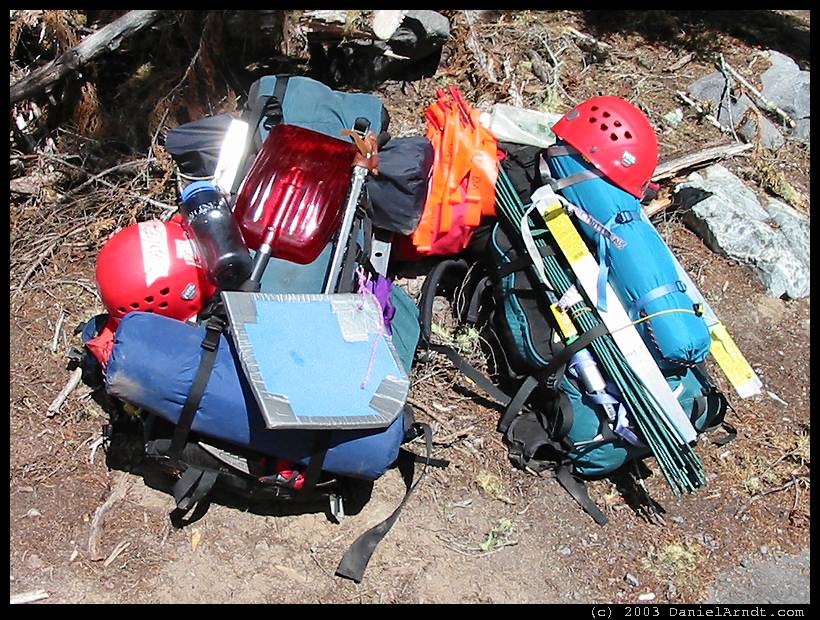 Climb of Mount Rainier: our backpacks at White River Campground 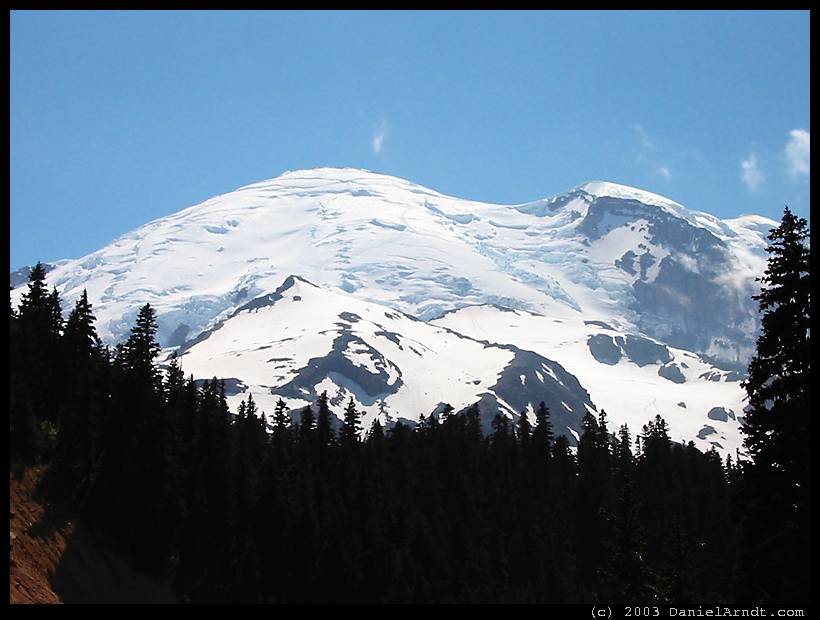 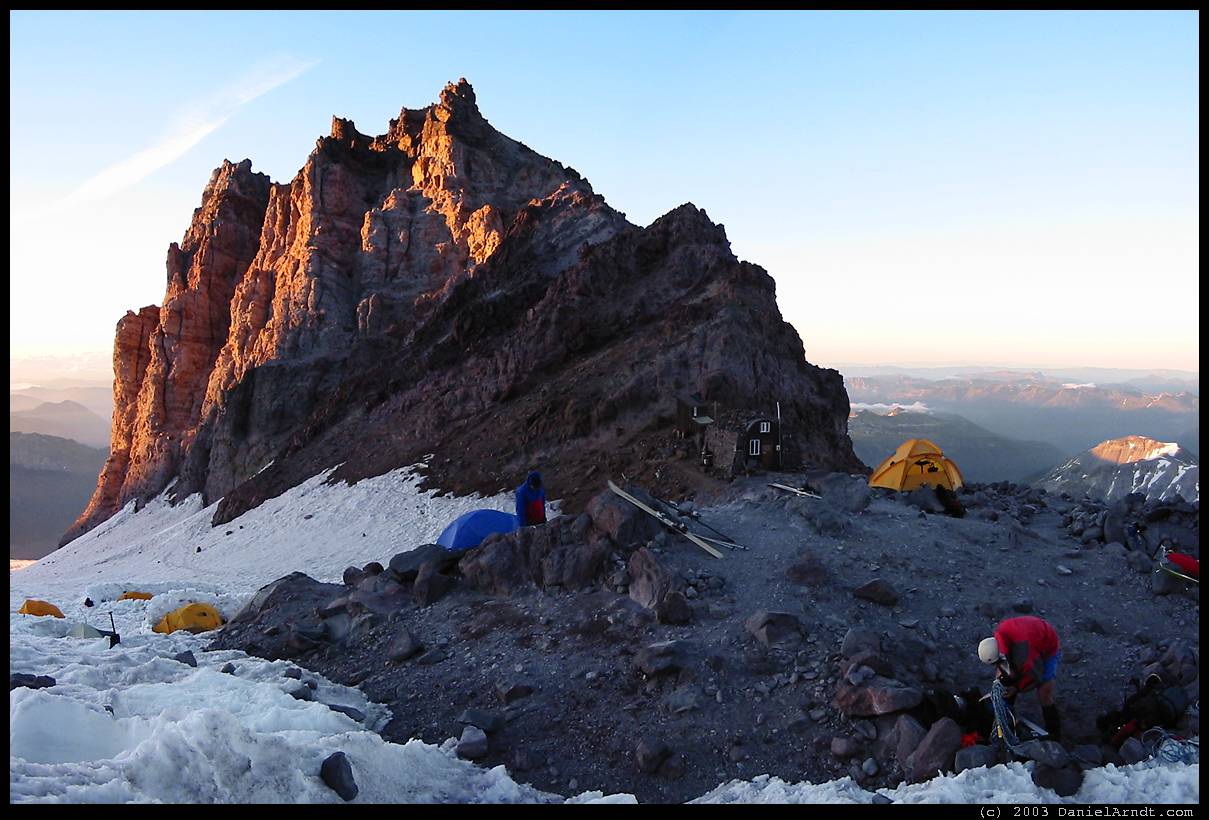 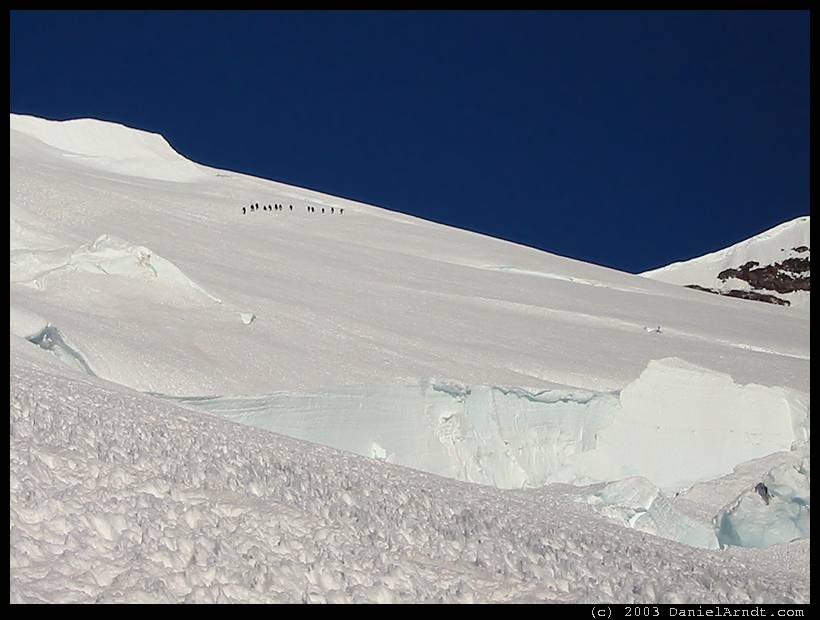 Climb of Mount Rainier: party high on the Emmons Glacier 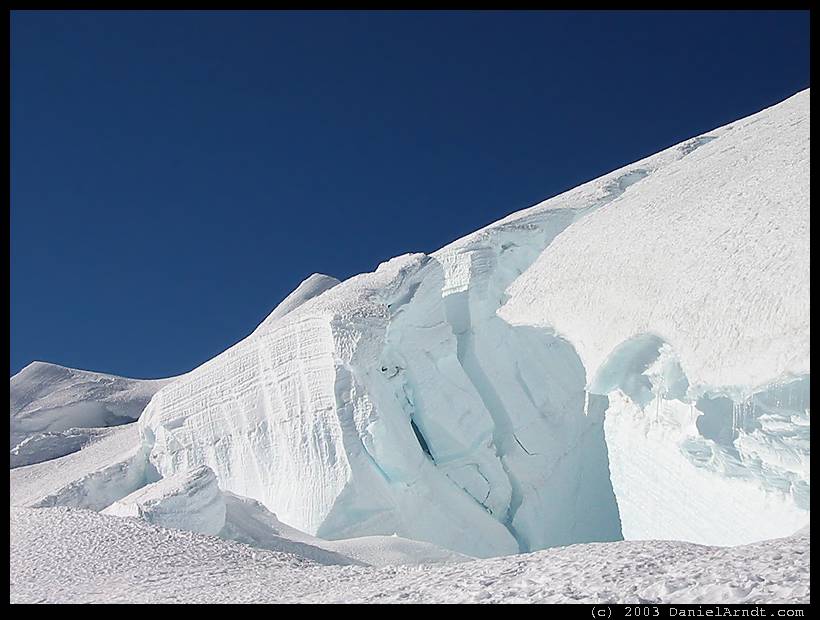 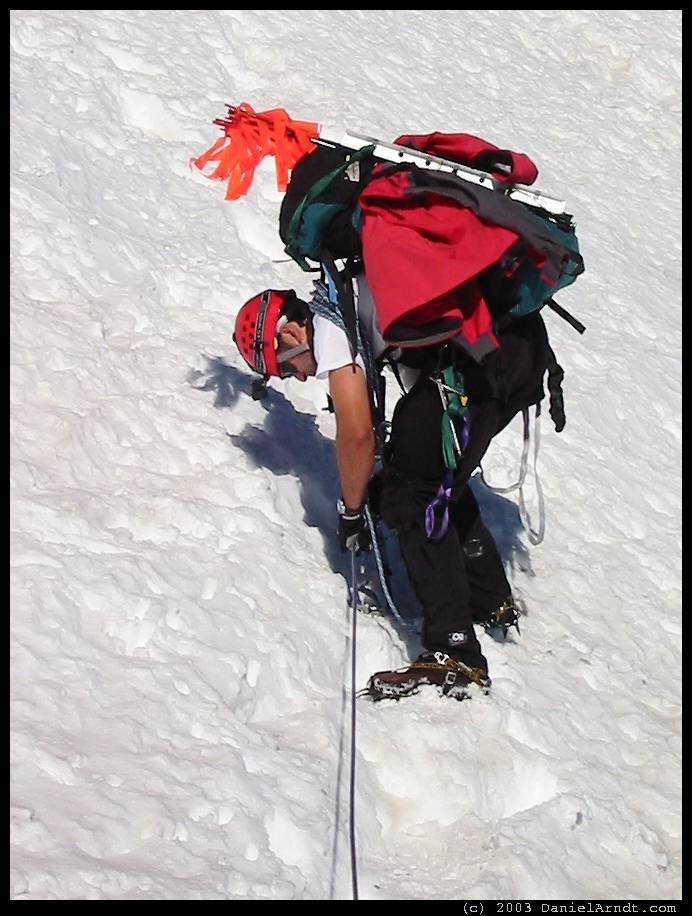 Climb of Mount Rainier: party of three on the high traverse below the bergschrund 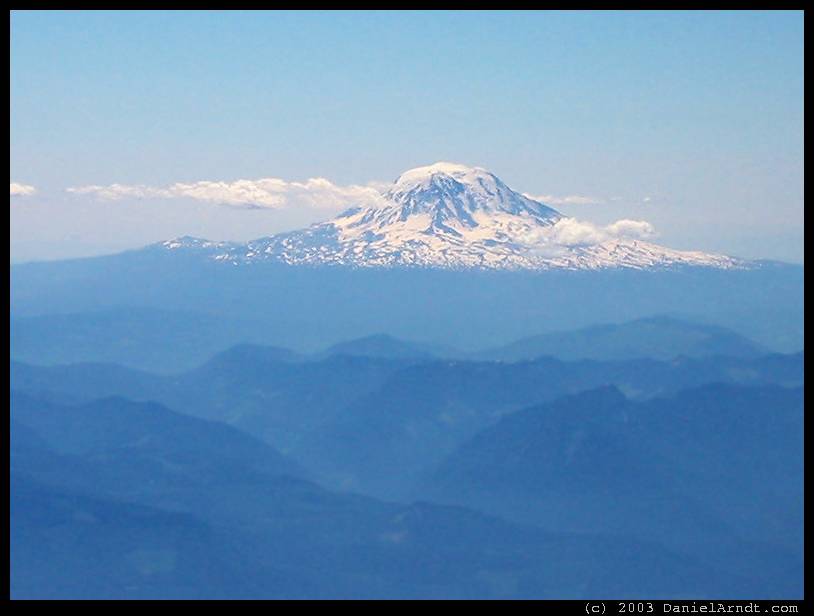 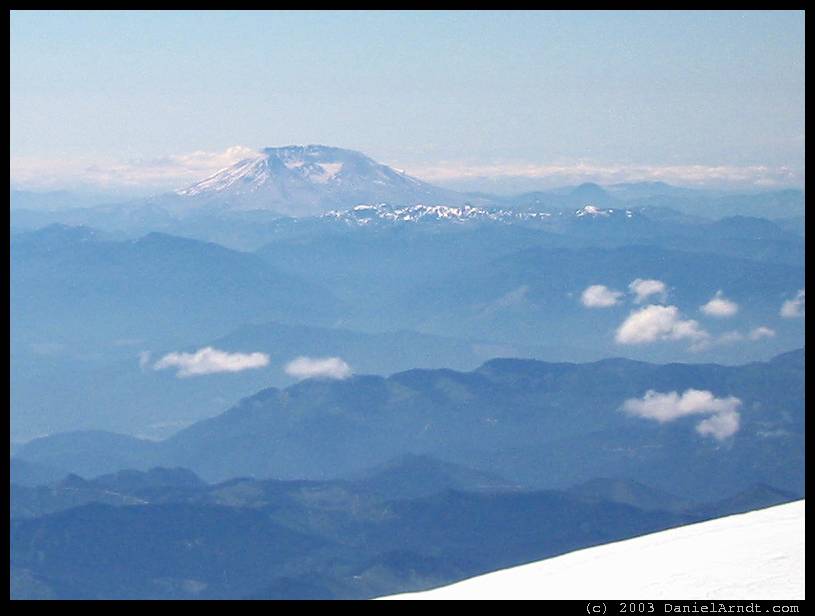 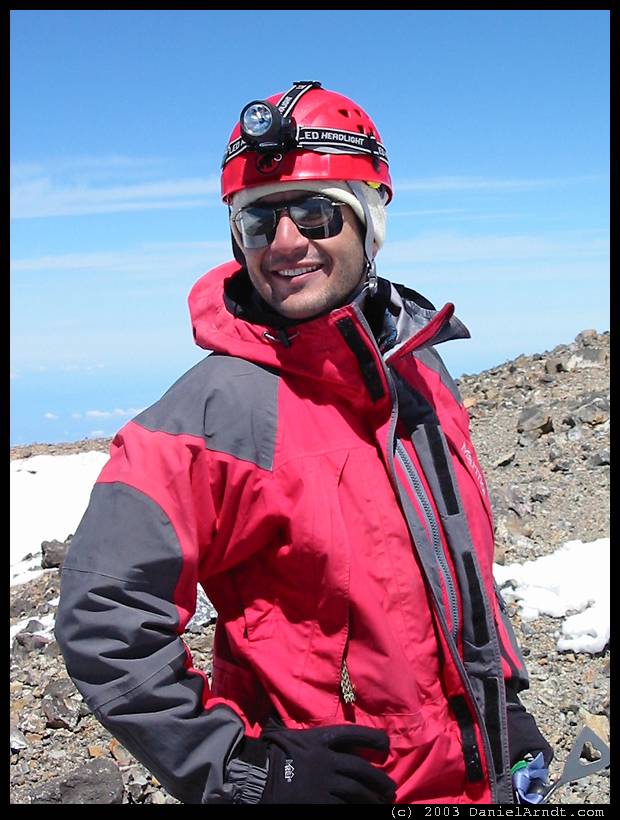 Climb of Mount Rainier: Dustin on the summit 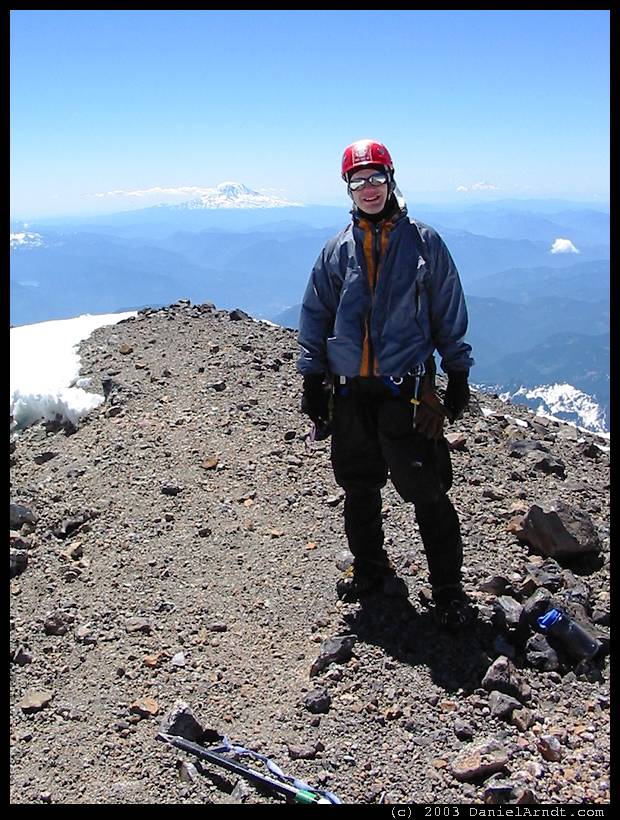 Climb of Mount Rainier: Daniel on the summit with Mount Adams in the background

Climb of Mount Rainier: Daniel on the summit with Mount St Helens in the background 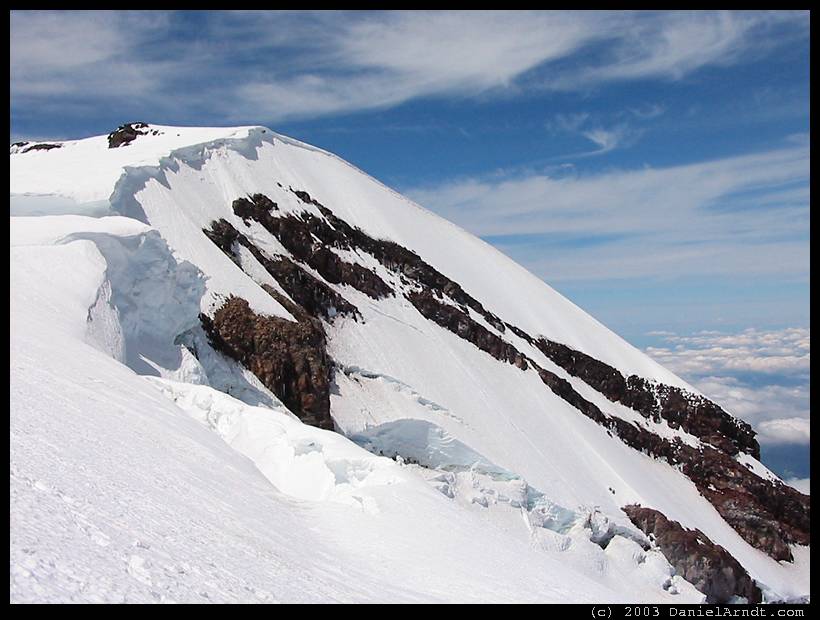 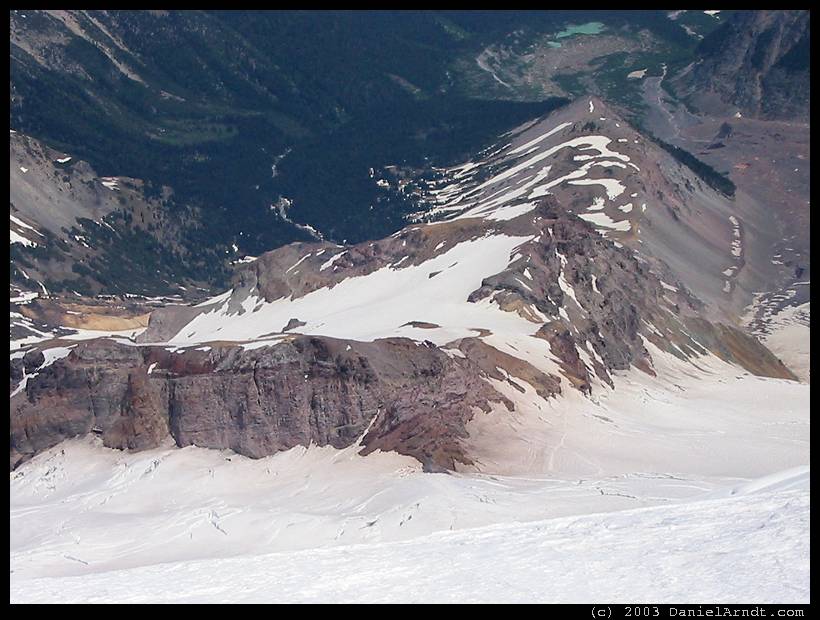 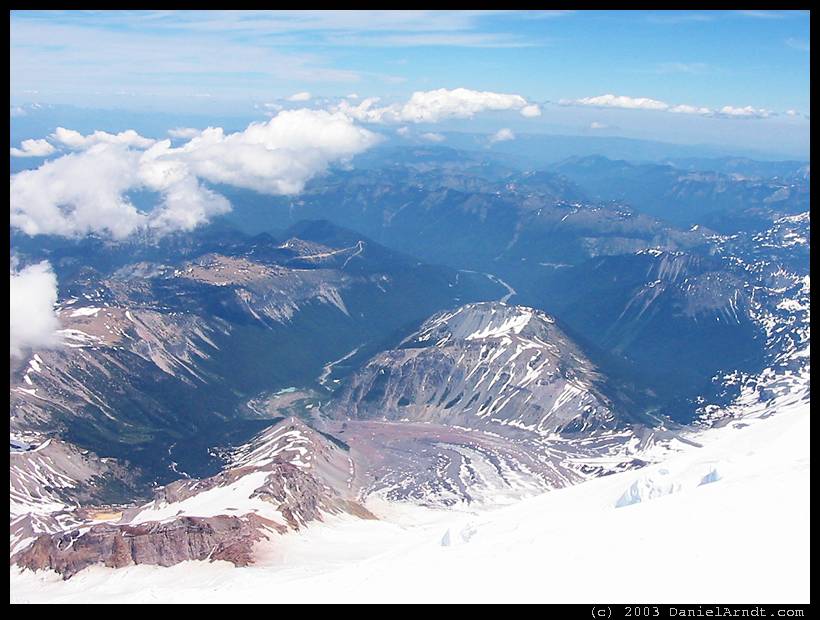 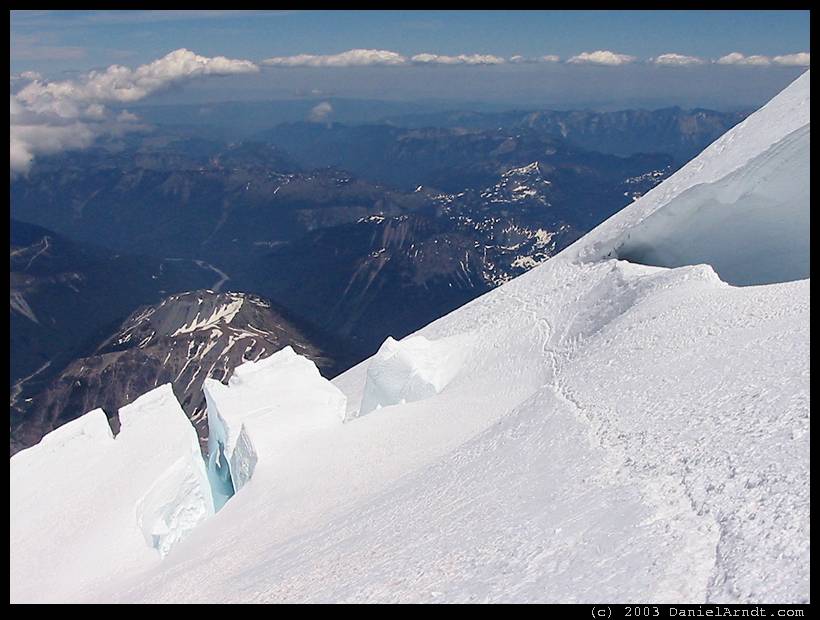 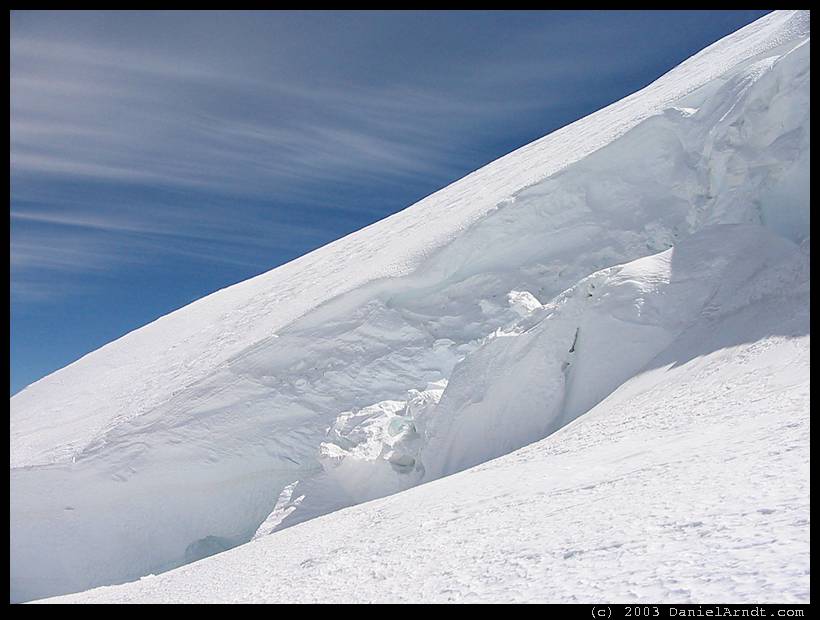 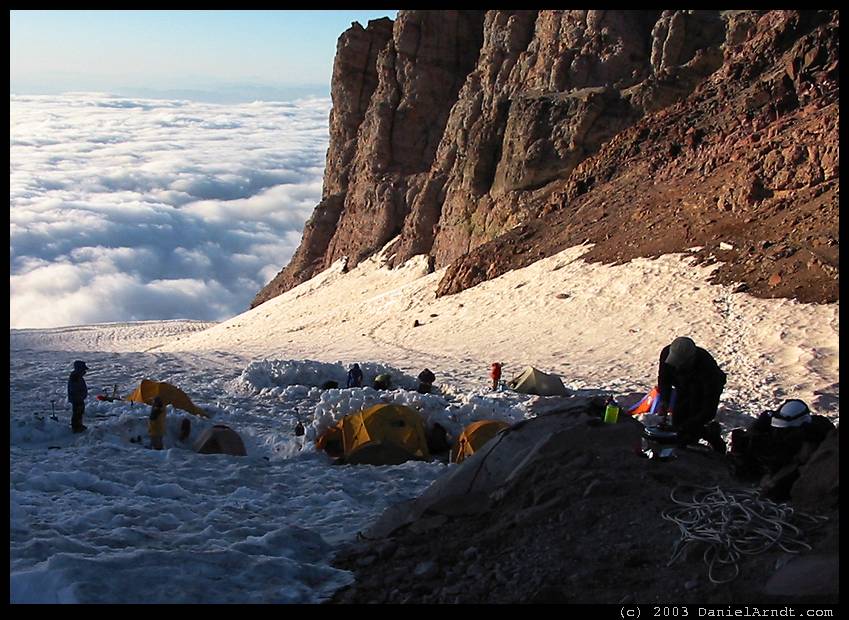 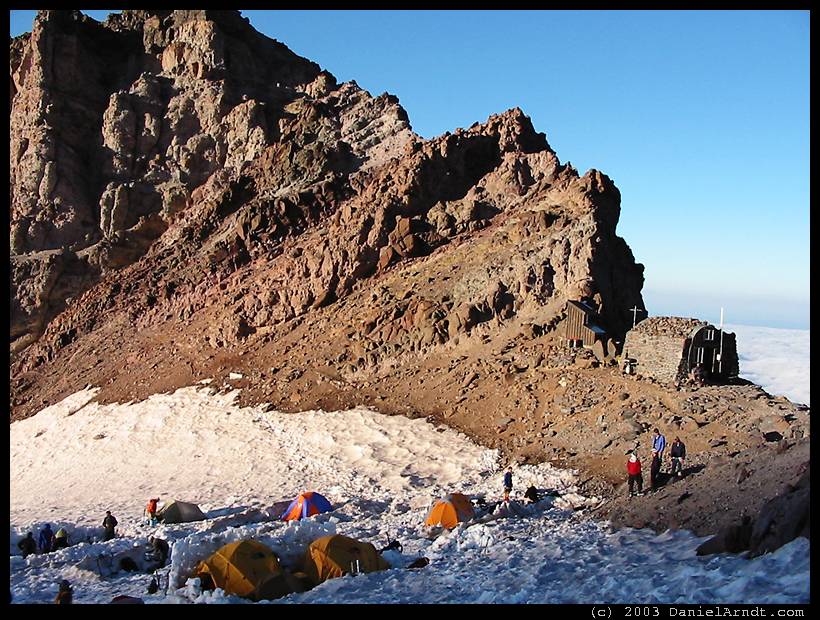 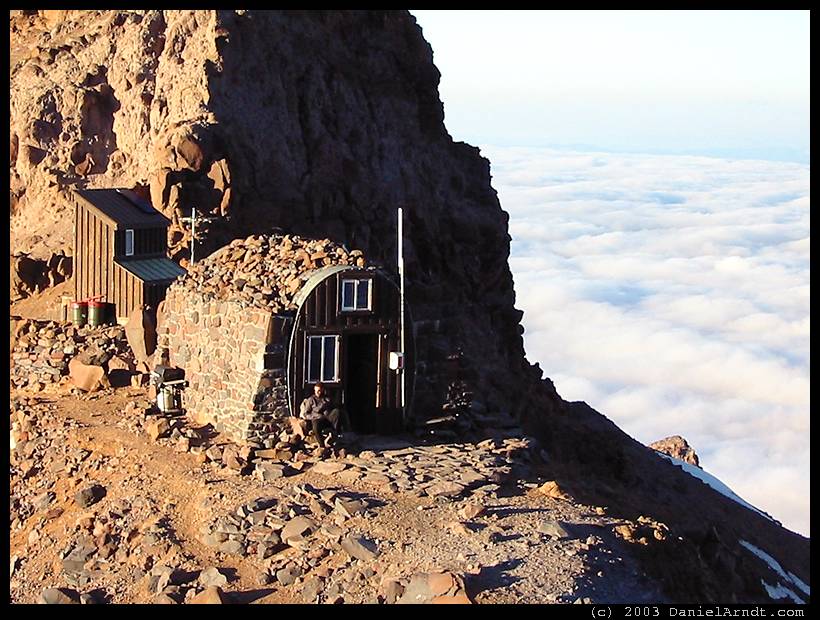 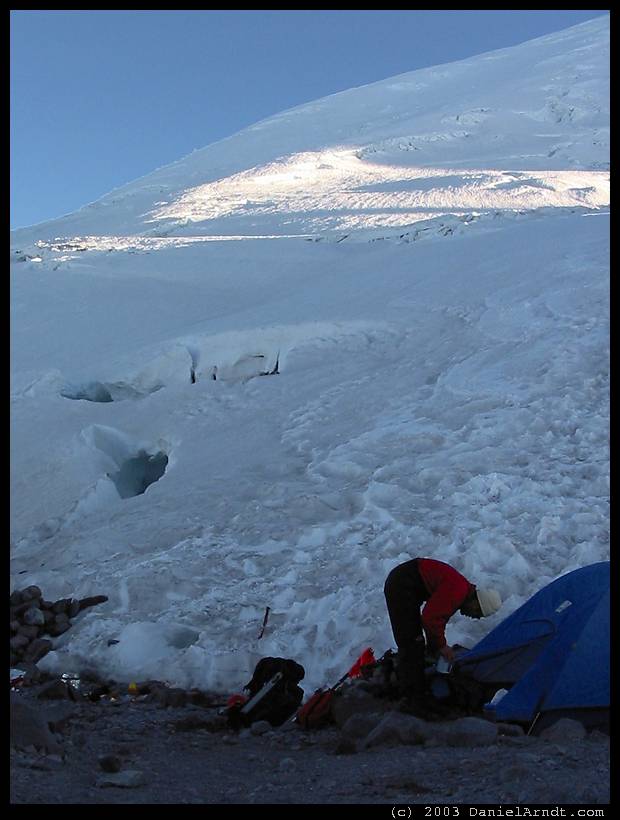 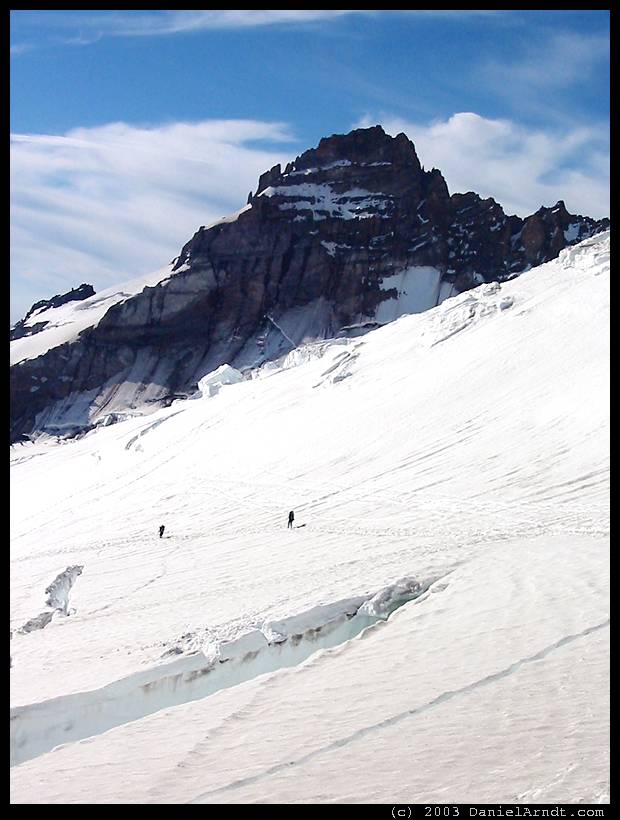 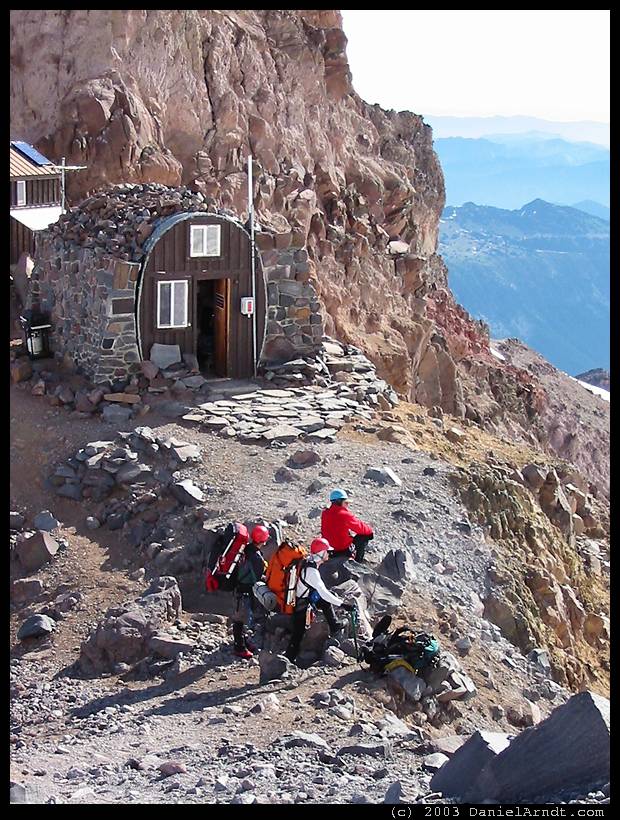 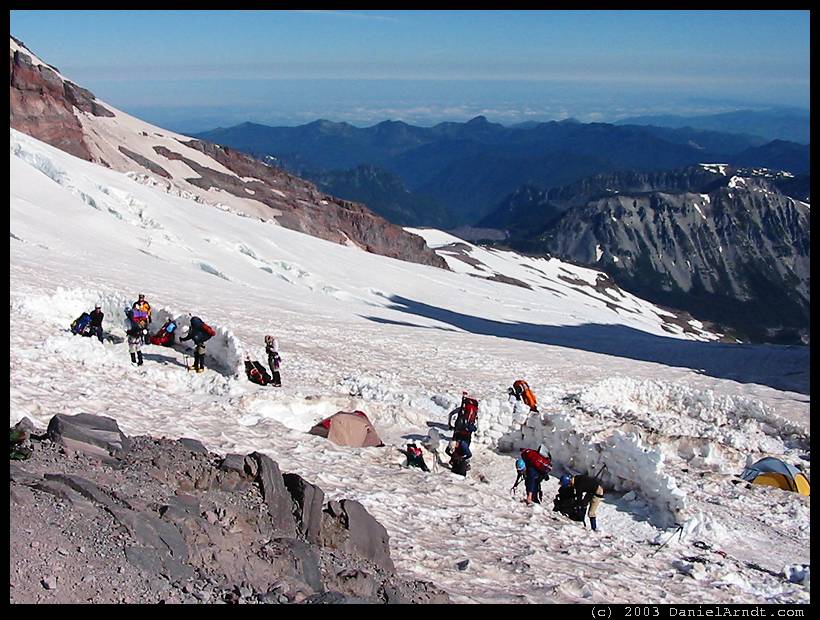 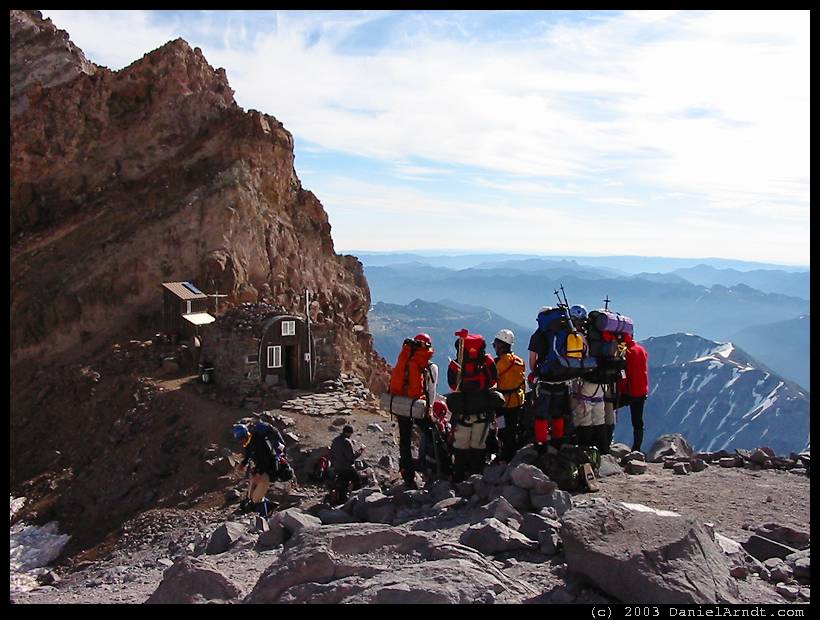 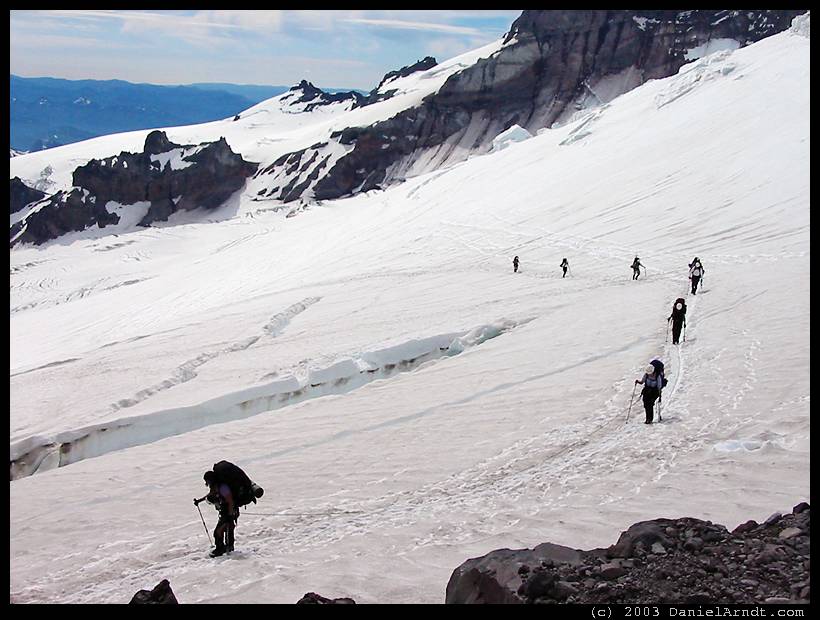