I climbed Ingalls via the E ridge with a Mountaineers party of four. We left Seattle at 5.30am, arrived at the trail head, and were on our way hiking up to Ingalls pass by 8am. The weather was sunny but not too hot -- I would say it was perfect. Since this was a Wednesday, we only saw two other people the whole day. The area is mostly melted out, we only had to pass 3 mini-snowfields on the way to the gully. There was snow in the gully but it had retreated from the walls far enough so that we could head up the gully on the left site on rock all the way to the ramp where the climb starts. We started climbing around noon. Four pitches of great climbing along the ridge with good exposure at places and grand views. There are numerous descriptions of the route on the web and in Nelson's guide so I'll spare the details. We reached the summit by 2.30pm, had a late lunch and rappelled down the South Face. Hiked out and arrived at the cars at 7.45pm.

This was an Intermediate Climb by the Seattle Mountaineers with a party of four led by Alex Perdian.

Also check out Peter</a> as well as photos from a climb of Ingalls via the S side from 2002. 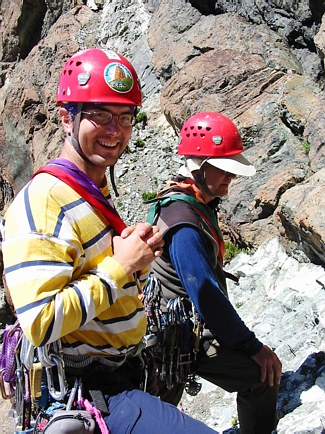 Ingalls climb: at the start of the climb 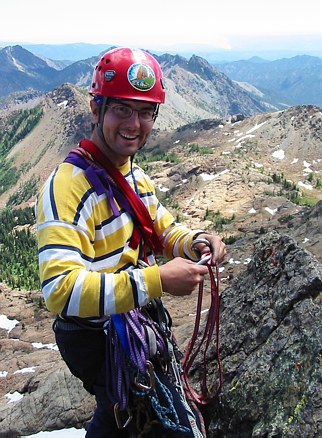 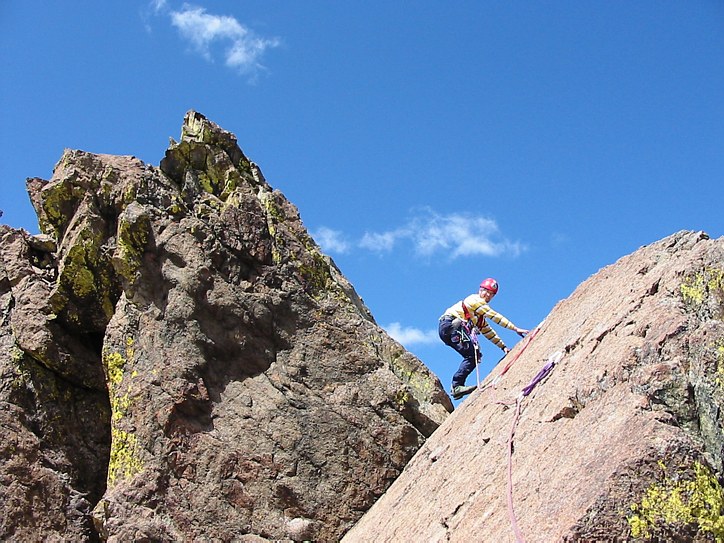 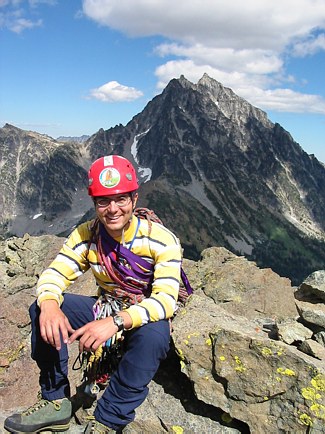 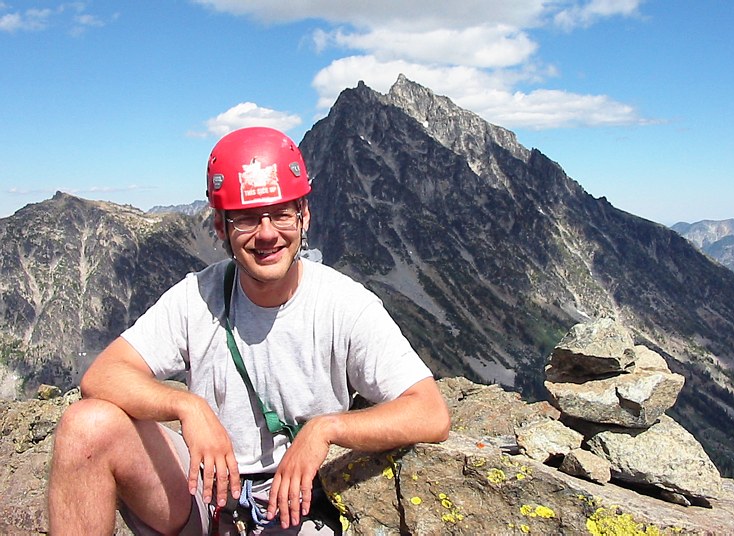 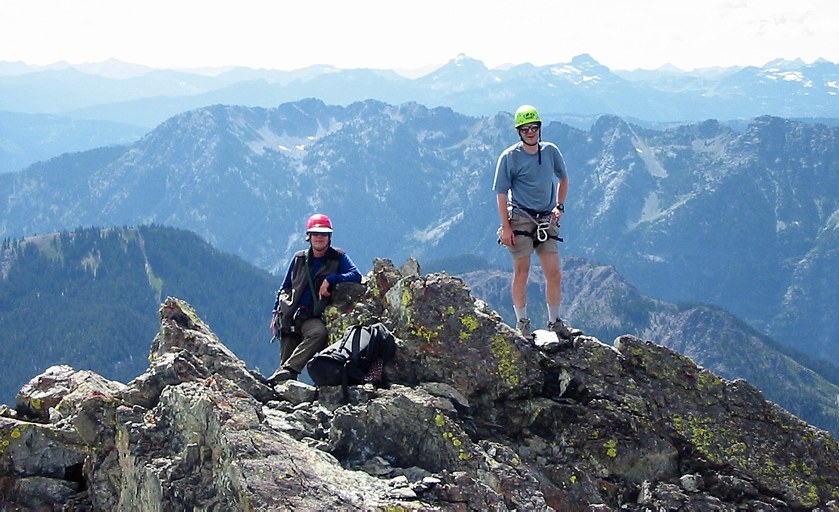 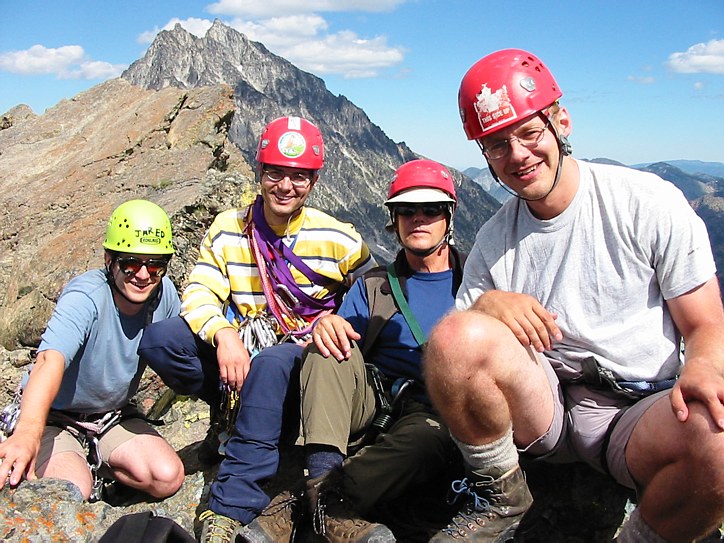 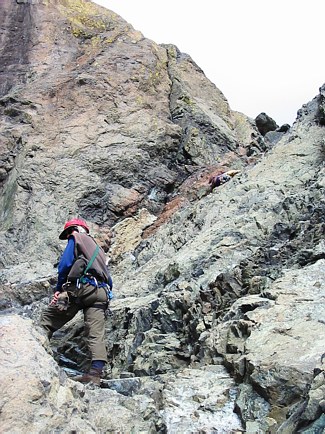