Descending the Zugspitze via the Rheintal 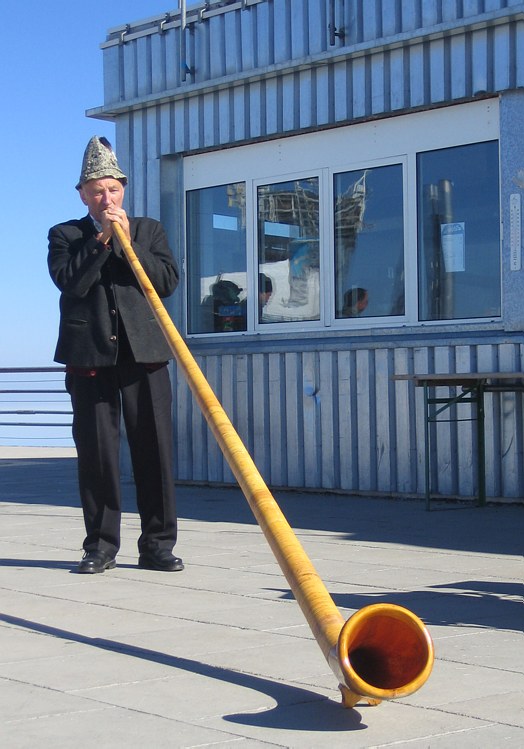 The next morning we awoke to the sound of an alphorn being played by an old men in traditional costume. Successively, he pulled out more and more musical instruments: a trumpet, a cittern, a accordion and started to play those. Needless to say, he wasn't a virtuoso playing all of these instruments. So we accelerated the pace of getting ready for the down climb just so we could escape the noise.

At 10am we were ready. Next was a pretty steep section leading down to the Zugspitzplatt ski area. There was a lot of snow on this part and we had to brake trail. There where a few fairly steep snow fields that we had to traverse, triggering small avalanches on the way. Well, we tried to belay as much as possible but we didn't feel comfortable at all. Luckily, we didn't have our packs along as Andreas took the cable car down and our packs with him. At the end we had to descend a snow field that looked a bit avalanche prone. So we descended that part one by one, knowing that we were being watched not only by tourists on the summit, but also by the cable cars passing above us, and by the big antennas. This made us feel a bit safer. Should anything happen, somebody would see it. 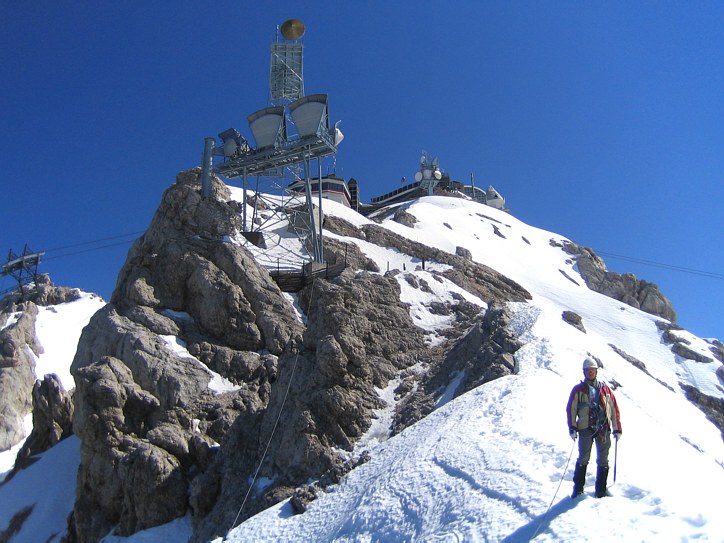 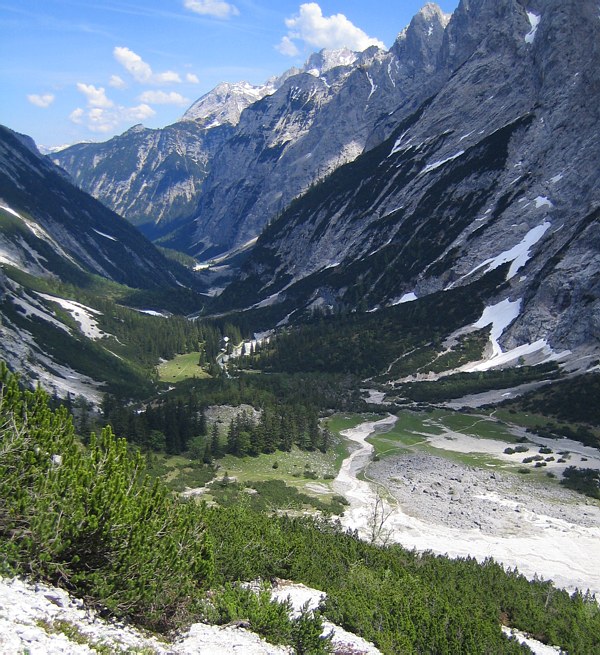 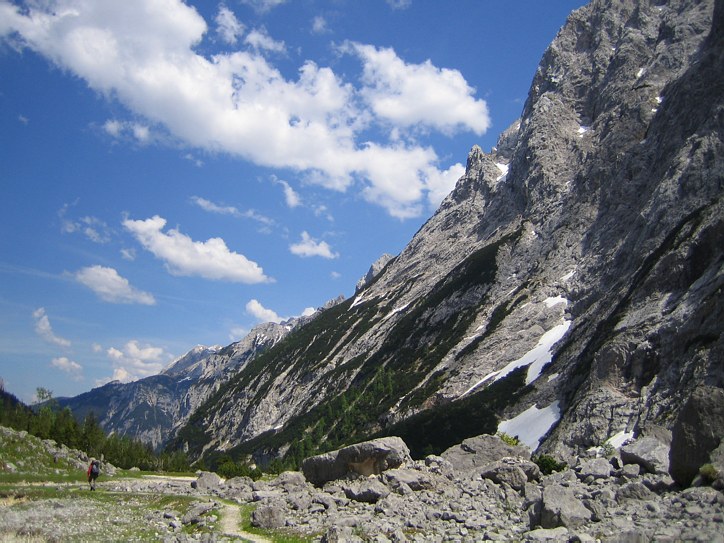 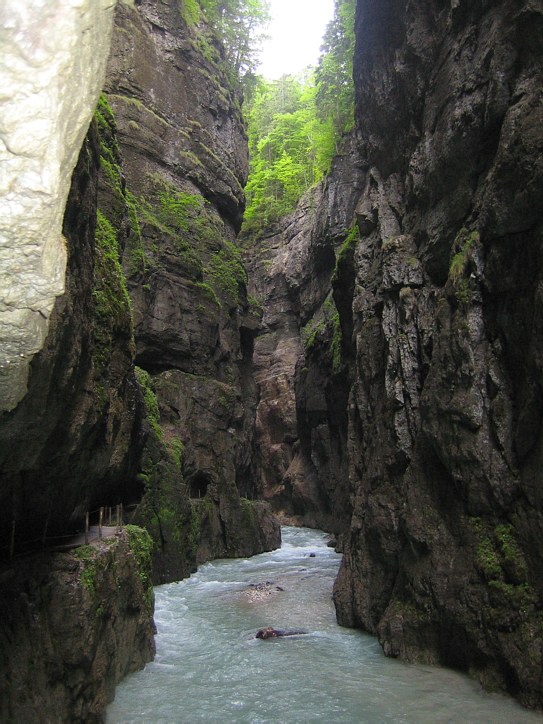 After passing the gorge we finally arrived back in Garmisch-Partenkirchen. Since we didn't feel like crossing the town to get to the car we took a cab. 15 minutes later we where at the car and found the expected parking ticket under the windshield wiper. We split the 24 Euros among the three of us. 8 Euros felt about fair for two days of illegal parking. An hour later we where back in Munich. 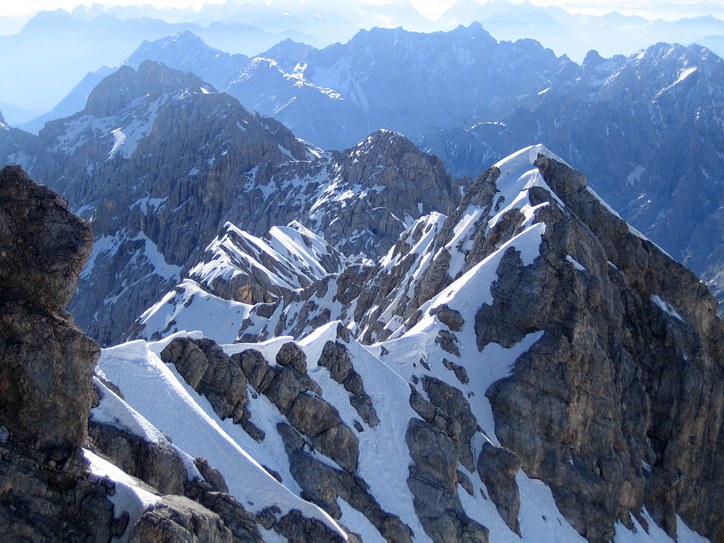 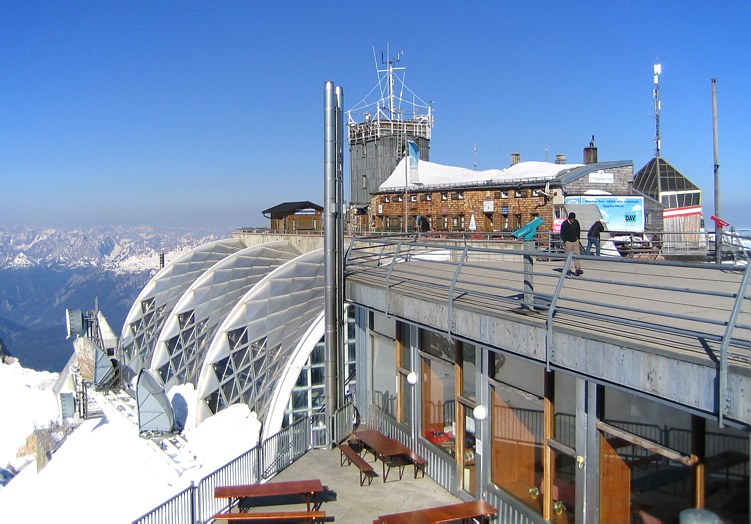 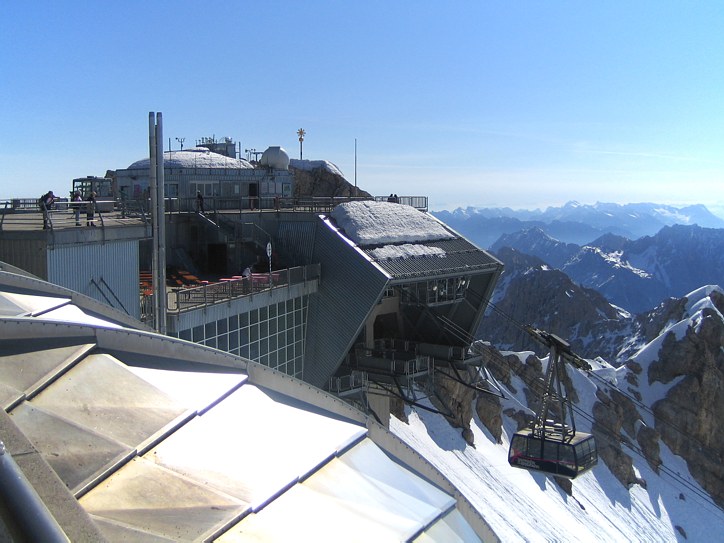 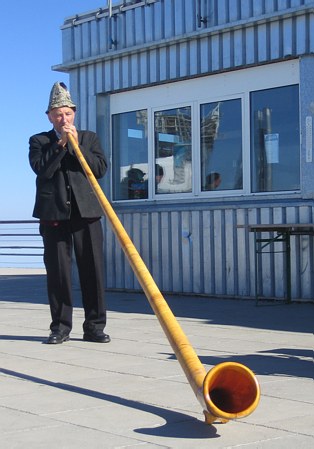 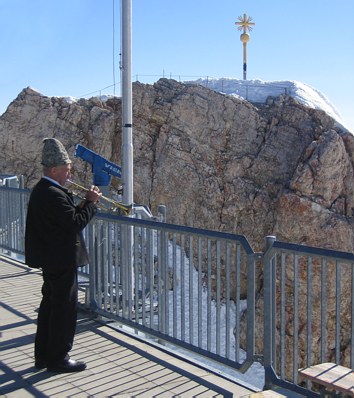 Zugspitze via Höllental: on the climb down to the Zugspitzblatt 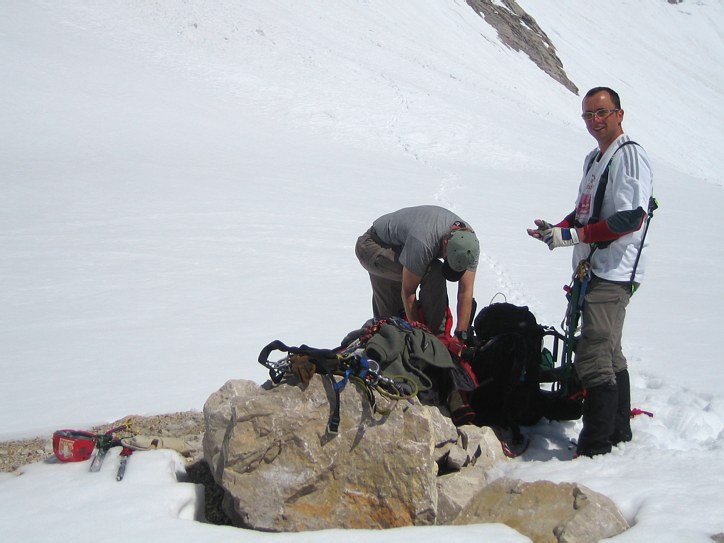 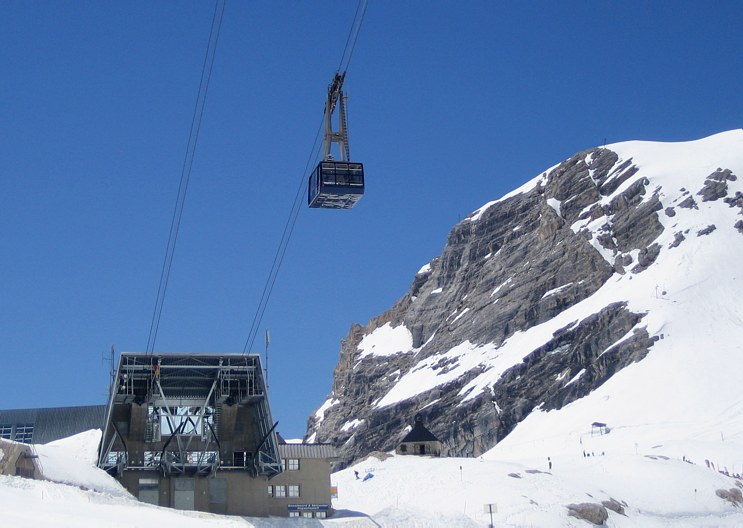 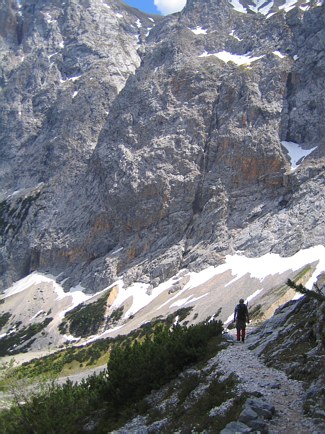 Zugspitze via Höllental: descending through the beautiful Rheintal 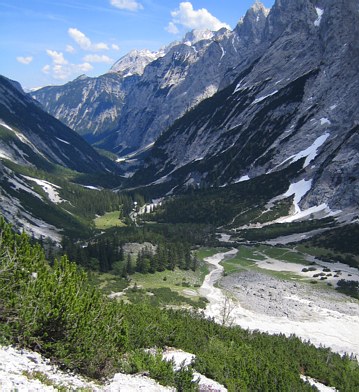 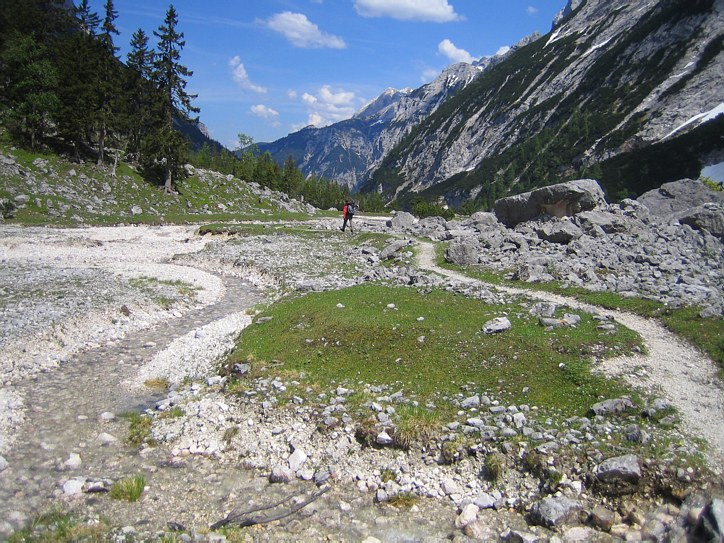 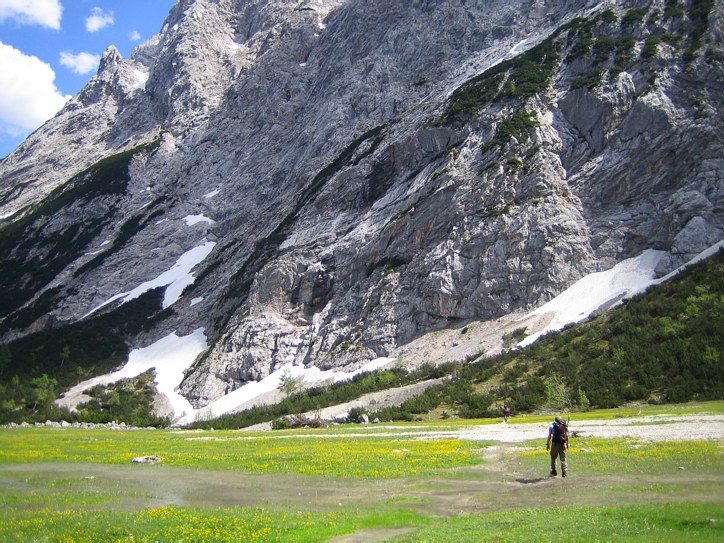 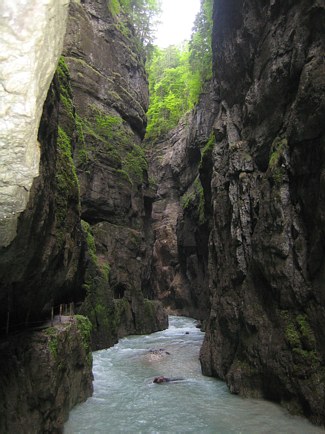 Zugspitze via Höllental: in the Partnachklamm