Zugspitze via Höllental and Rheintal 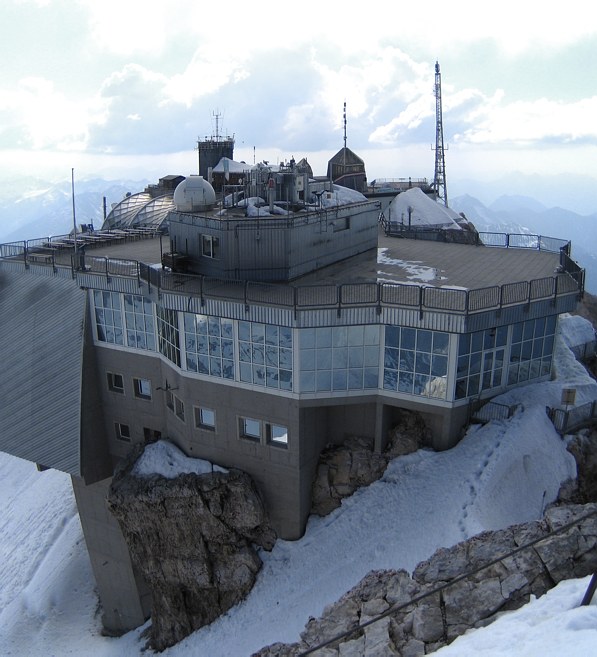 Germany's highest mountain, the Zugspitze (9717 ft, 2962 m) near Garmisch-Partenkirchen in the Wettersteingebirge (part of the Bavarian Alps), is probably also it's ugliest mountain. Here's a shot of the summit:

Apparently it's a big symbol of national importance for the Germans. Embarrassingly though, the summit is barely short of the 3000 m mark and, to make matters worse, it's shared with Austria... So what's on the summit: Well there is a hut owned by the Deutscher Alpenverein, then there is an over 100 year old meteorological station (apparently staffed 24 hours around the clock), then there are restaurants and souvenir shops, research installations, and a bunch of antennas (which is why this looks like a great place for E.T. to phone home). And for convenience, there are no less than 3 cable cars and one mountain railway serving the mountain: The railway and one cable car ascend from the German side, one cable car from the Austrian side, and one cable car from the Zugspitzplatt, which is an all-year-skiing area a few hundred meters below the summit on Germany's only glacier. 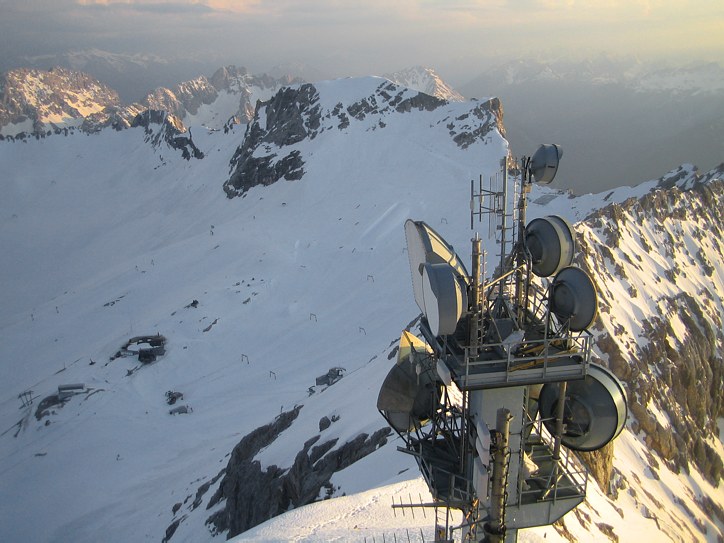 Well, as ugly as the summit is, there are a number of beautiful routes to climb it. At the end of May, Andreas, Claus-Dieter and I went for it. We chose the route through the Höllental ("hell valley"). We had been there two weeks earlier when the [route was still buried in snow and it wasn](trip|81). But by now the route had melted out considerable. (In the alps one tries to do popular routes very early in the season when the crowds aren't there yet.)