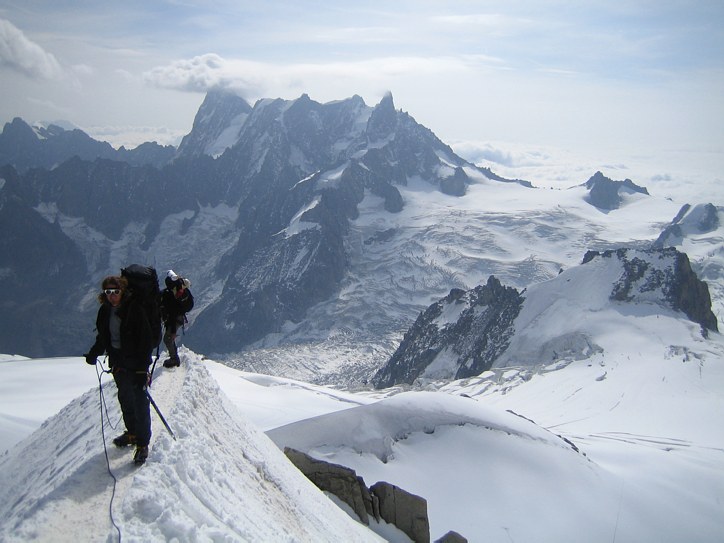 We slept in and then had a 'late' breakfast at 7am. After that we packed and headed down to the Col du Midi to climb up to the Aiguille du Midi cable car station. The last part of that short climb, just before one enters the 'tourist area', consists of yet another one of these fine narrow and exposed snow ridges. Upon entering civilization we enjoyed the views together with the tourist crowds. We could see quite a few people climbing the Cosmiques Ridge on the Aiguille du Midi, which is one oft the most popular climbs in the Chamonix area. By that time the weather had considerably worsened, clouds had moved in and large sections of the surrounding peaks were in clouds. There was a thin on/off drizzle.

We then discussed how to proceed. One option was to try the Aiguille du Plan ridge traverse, but we abandoned this idea because of the weather and possible difficulties to descend the Glacier d'Envers du Plan at the end of the route. I was pretty tired and wanted to get off the mountain as quickly as possible and back to the car. Benjamin and Claus-Dieter were more ambitious. They decided to cross the large Glacier du Geant to hike to the Pointe Hellbronner where they would catch the cable car down to Courmayeur. While they were on the glacier I would take the cable car from the Aiguille du Midi to the Pointe Hellbronner and down to Courmayeur, catch a bus to get to Val Veni, fetch the car, and meet them at the cable car station down in Courmayeur. And that's what we did. I enjoyed the views of the Glacier du Geant from high up inside the cable car, got the car, took a shower at a campground, and picked up my fellow climbers. We packed our gear, took off, drove through a lot of rain, and were back in Munich well after midnight. 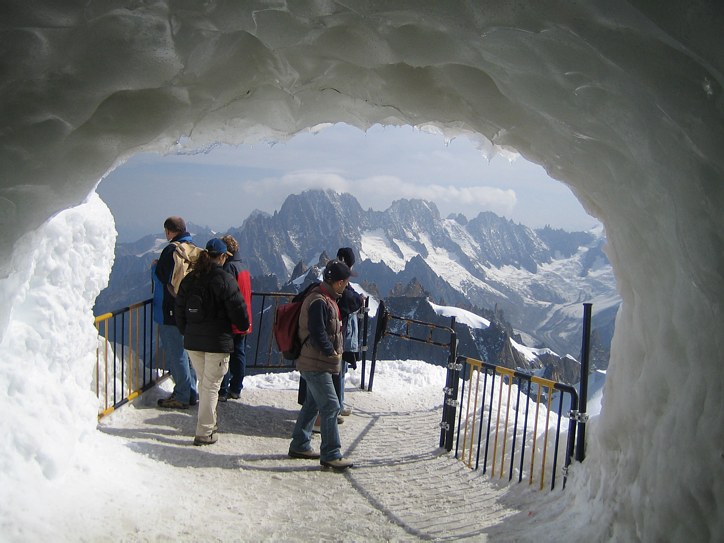 Great climb, great team, great weather, mostly good conditions. In retrospect we were glad that we took a day off at the Refuge Gonella. This rest break made the whole endeavor more enjoyable and helped in acclimatizing. We got very lucky with the weather which a the decisive factor at that elevation. Originally, we wanted to stay a few days in the area and had a lot of ideas for more climbs. This didn't happen as we were very tired after the climb of Mont Blanc and there was consensus to return to Munich. But hey, there are many reasons to come back and many beautiful climbs in the area: the Aiguille du Plan traverse, the Cosmiques traverse of the Aiguille du Midi, Dent du Geant, Aiguille de Tour traverse, Aiguille de Rochefort traverse, ... 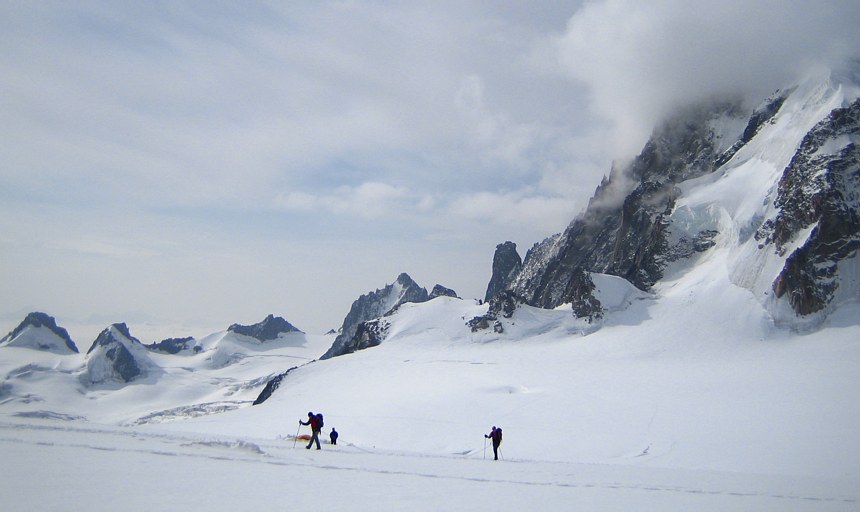 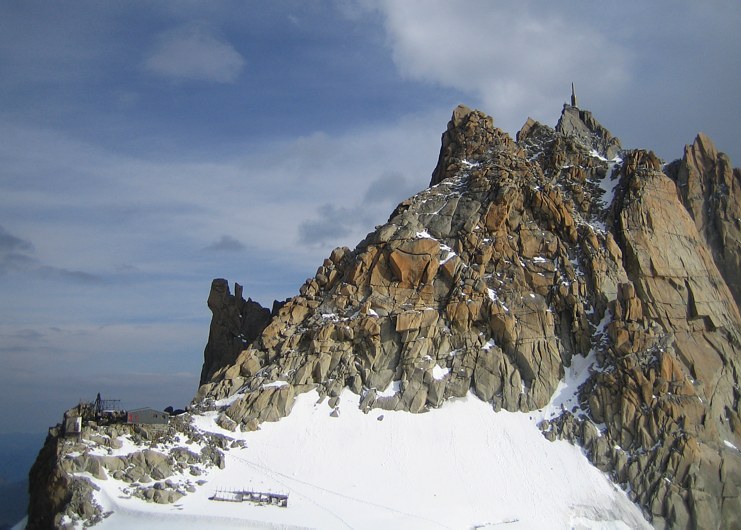 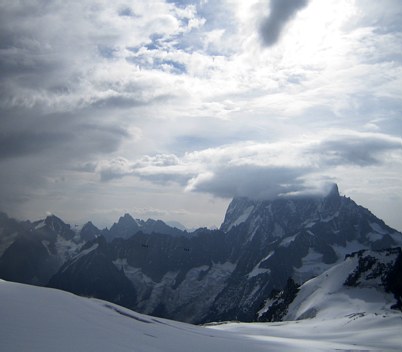 Mont Blanc: cable car that traverses the Mont Blanc massive from France to Italy high over the Col du Midi 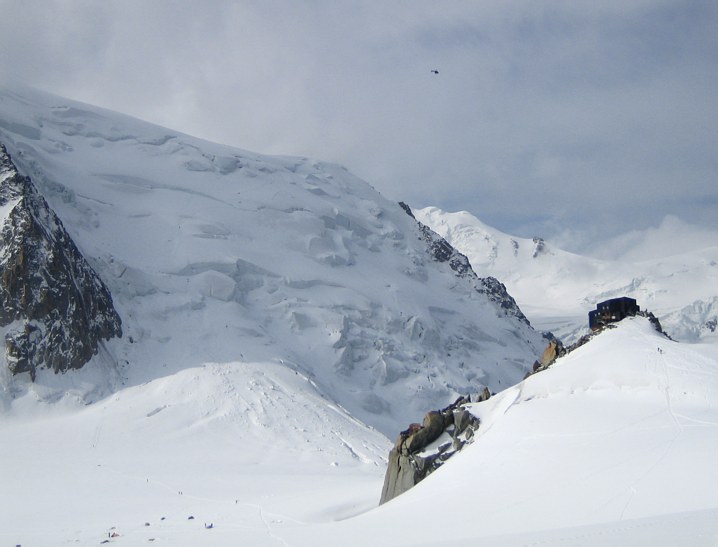 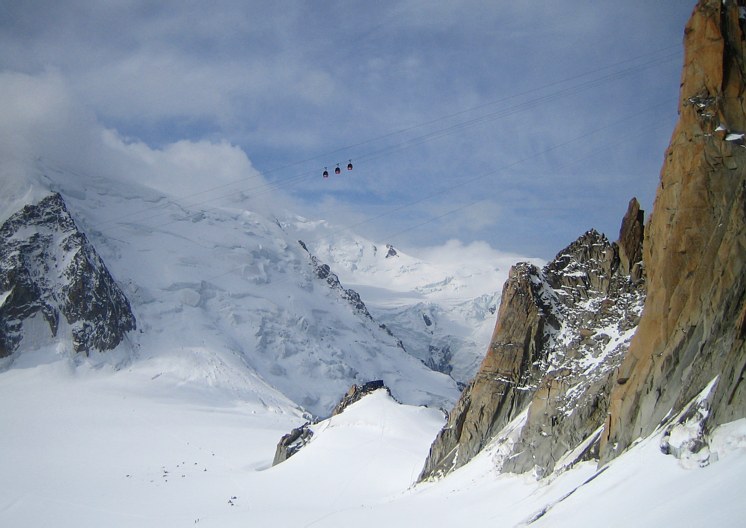 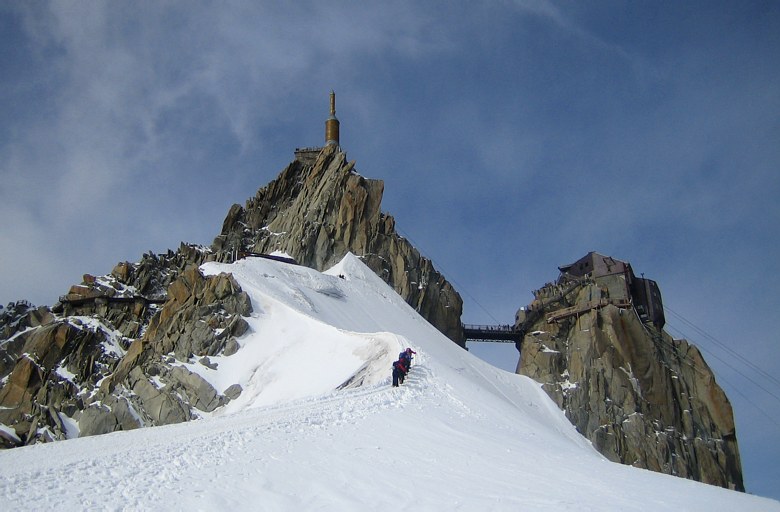 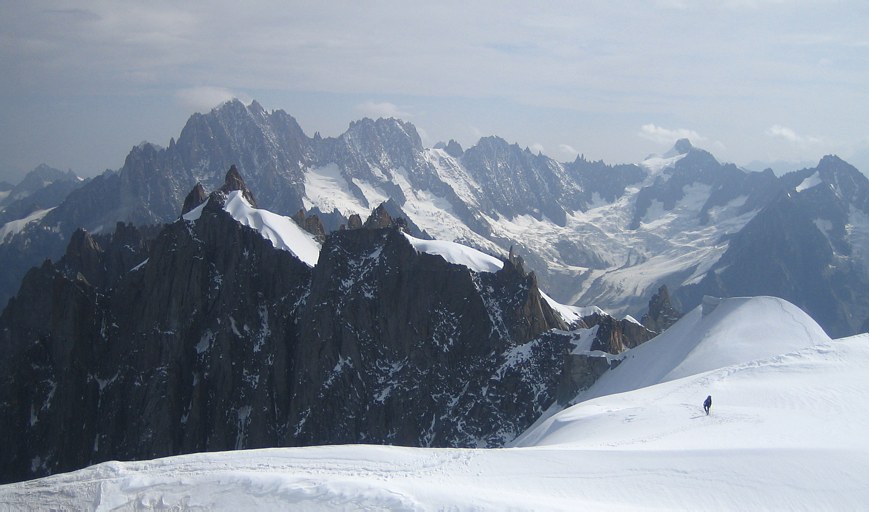 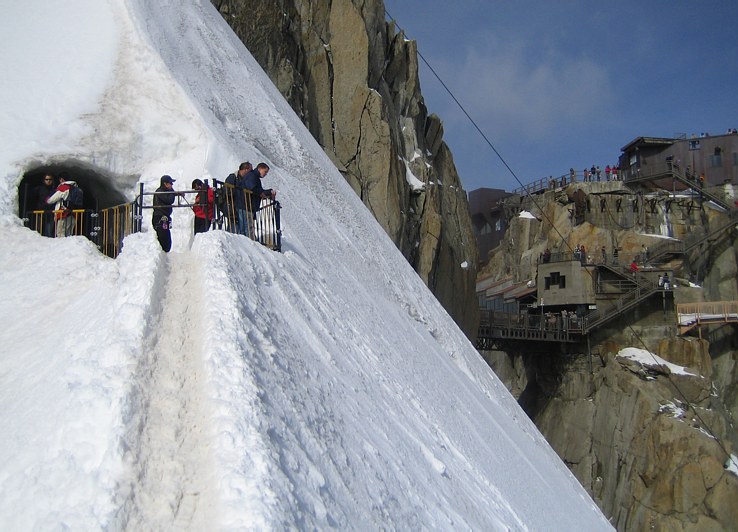 Mont Blanc: on the snow ridge 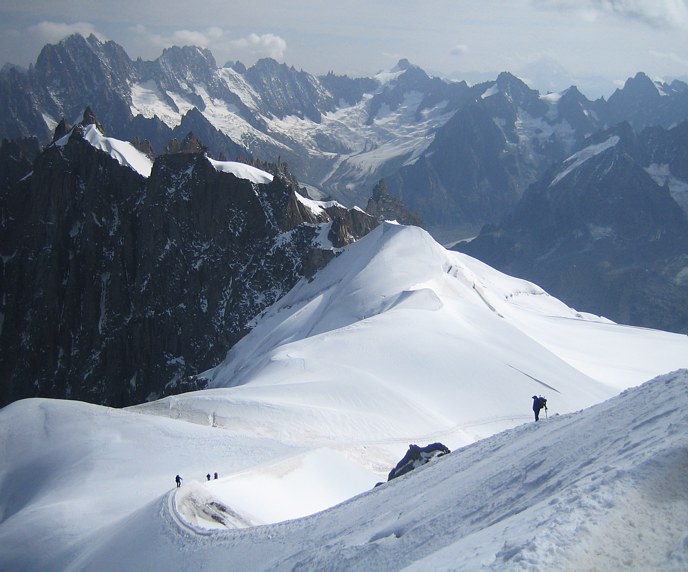 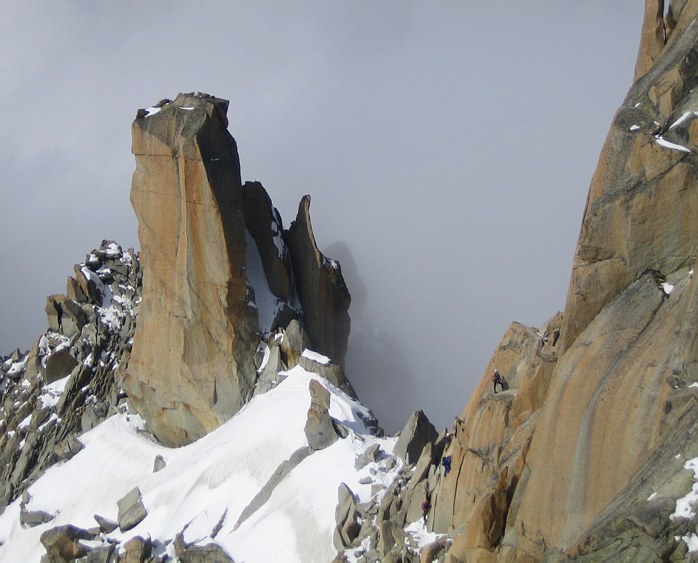 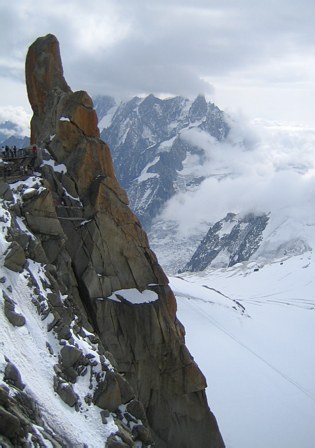 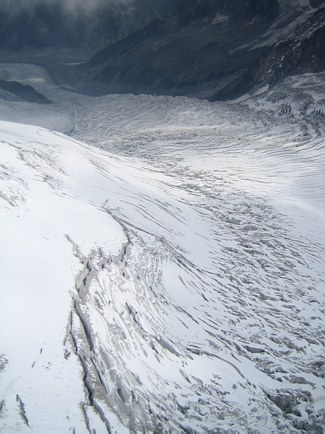 Mont Blanc: view from the cable car down to the Glacier du Geant