Jim and I wanted to climb Eldorado last weekend via the Inspiration Glacier route. We rolled into the Marblemount ranger station around 11am to get a backcountry permit but they where out of permits (Will Jim ever get a permit in Marblemount??). Well, this being a weekend with a forecast of sunny weather this should have been no surprise. Anyway, we decided to do the climb on Sunday as a one day climb. After talking to the rangers about what to do with the Saturday we had the choice between a tractor show in Marblemount and a easy hike up Sauk Mountain just outside of Rockport. Luckily, Jim insisted on the hike. The view from Sauk Mountain was pretty amazing: Baker and Shuksan close by, the Pickets, Eldorado, Boston, Sahale, Johannesburg, Glacier, Rainier, the Olympics, and the smoke from the forestfire in the east. The hike took us 45 min up and 15 min down the mountain. It was pretty busy, lots of families and at least half a dozen dogs. We then pitched Jim's tent at a very nice camp site by the Cascade River Road about 500ft east of the Eldorado Creek trailhead.

The next morning we started hiking up Eldorado Creek from the road at 3.45am. Made good progress through the forest and the boulder fields. The heather area above the boulder fields is beautiful, rivaling even Sahale Arm. When we dropped over the ridge on the glacier clouds had moved in and the weather didn't look too good. We pressed on, however, roped up, and went up to the large plateau on the Inspiration glacier. The weather had now gotten worse, visibility was down to maybe 30 ft. We went up the summit ridge to about 7600 ft hoping the weather would improve. Since it didn't we decided the summit without the view wasn't worth the effort and we turned around. We arrived back down at the road at about 4pm.

After my attempt during the previous year this was my second try to summit Eldorado and the second time the weather got bad and forced retreat. Anyway, this is a great climb and the views -- from what I've heard -- are impressive. I'll definitely try again...

This was a private climb with a party of two consisting of Jim Prager and myself.

Update: I finally reached the summit of Eldorado peak a few weeks later. 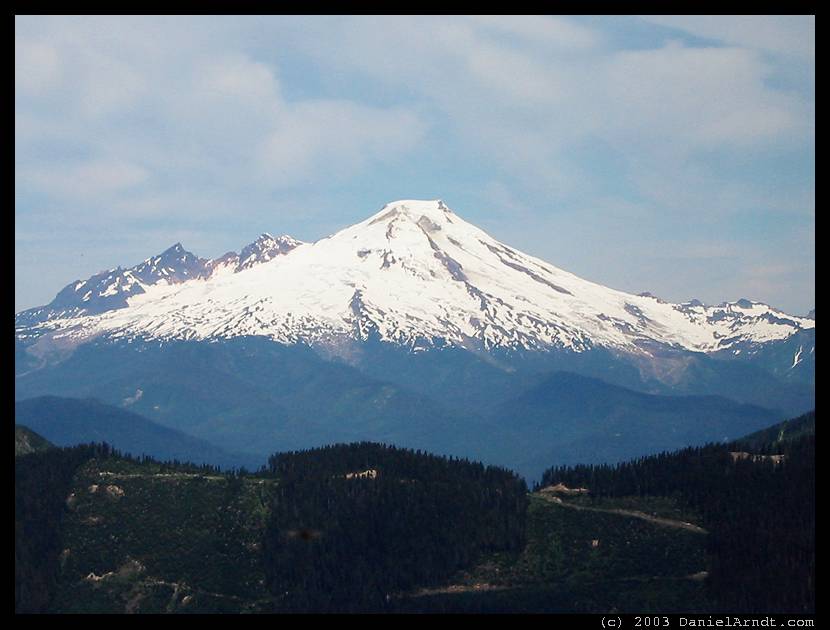 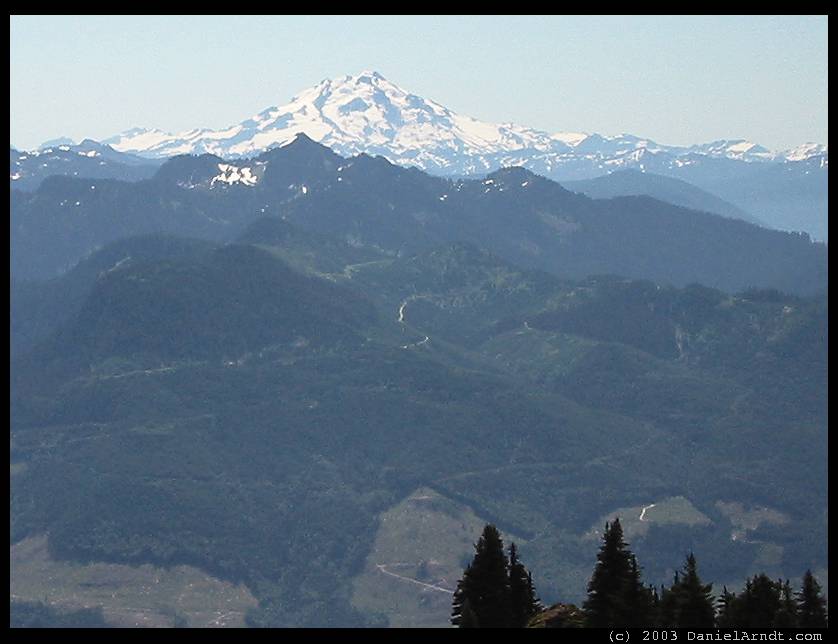 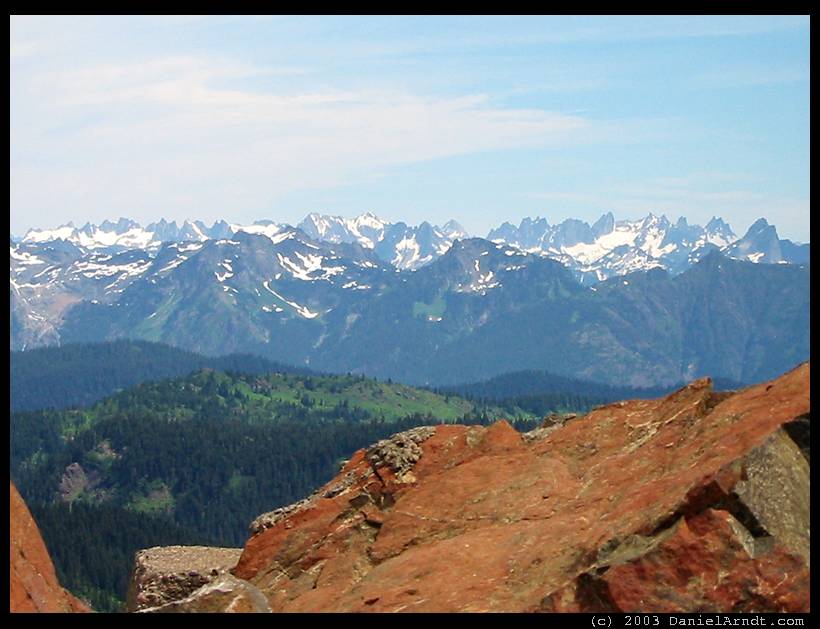 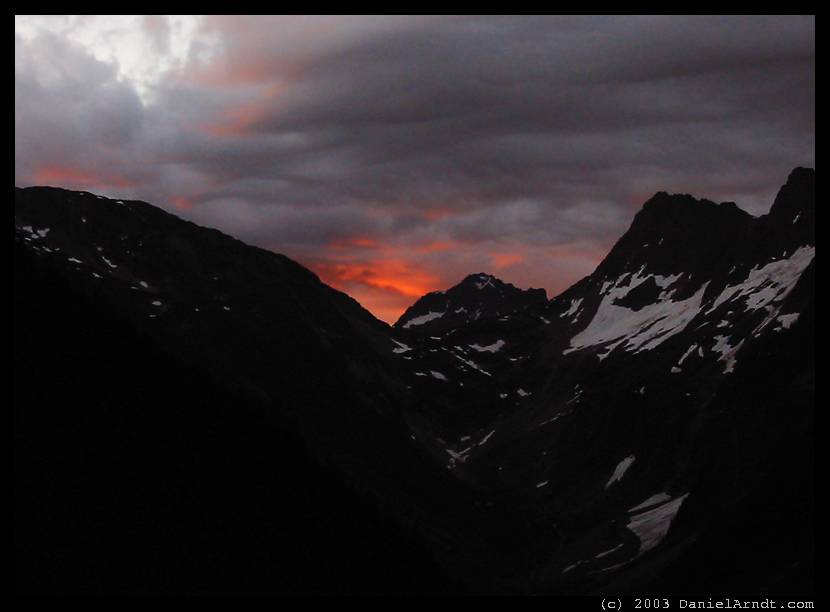 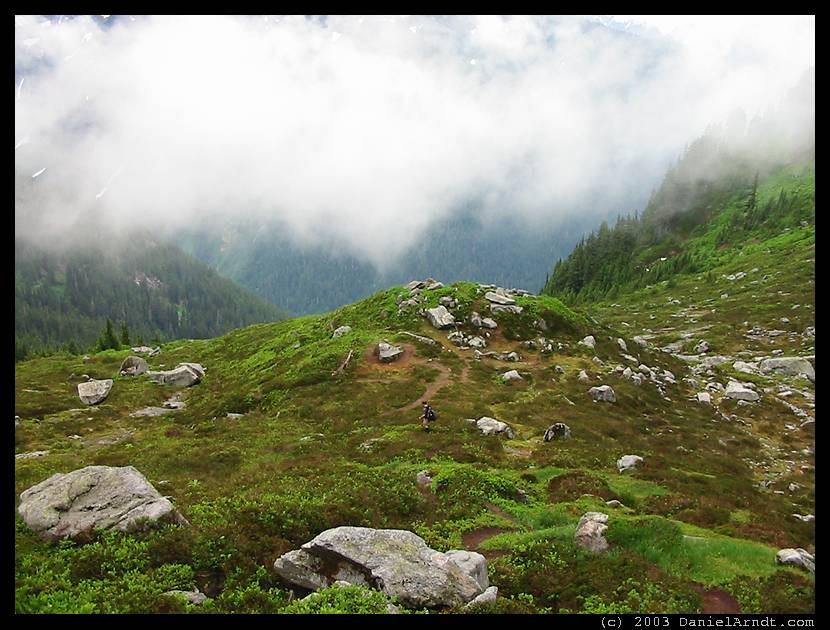 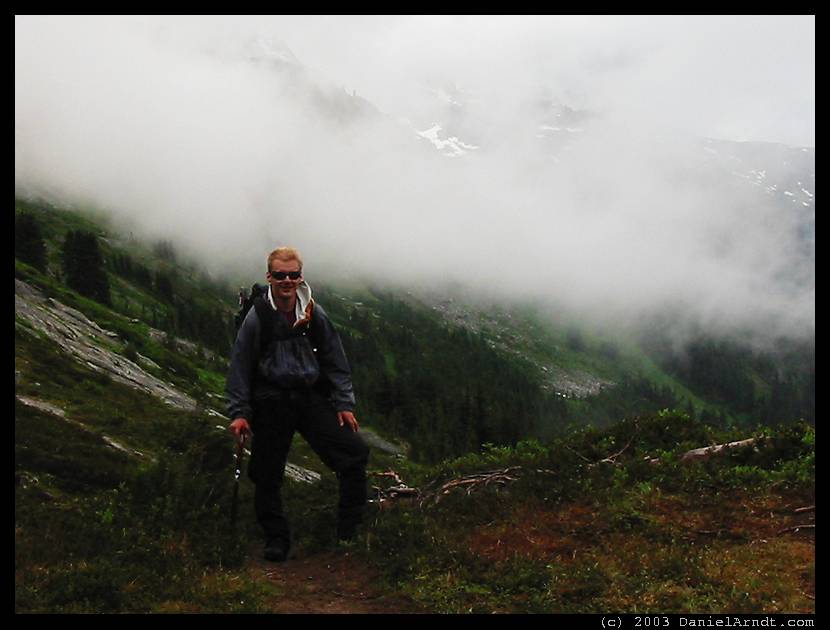